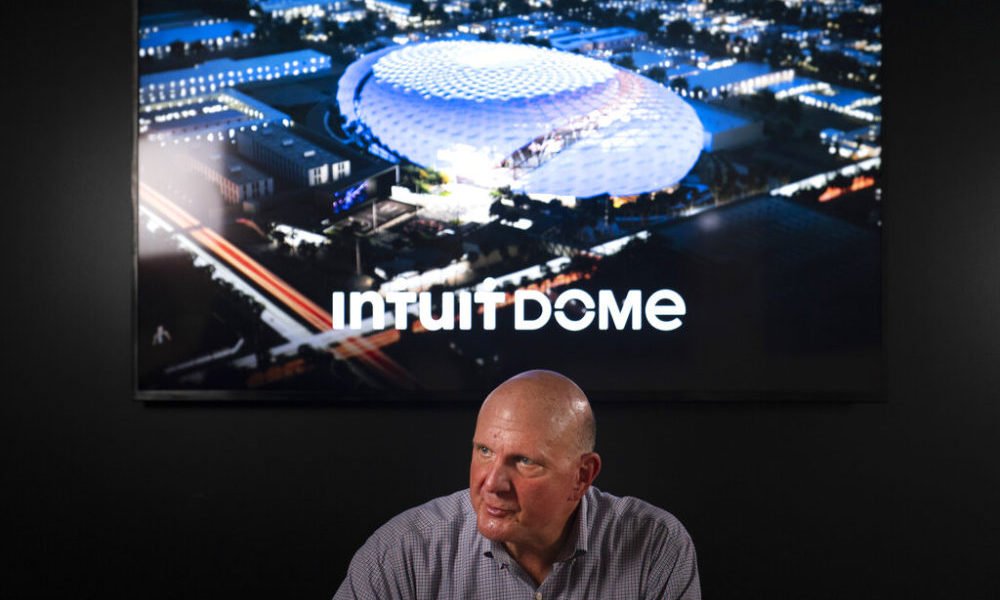 Design meetings have been going on for years. Technology has evolved throughout the process. Meticulous decisions were made time and time again even on questions like what it would mean to have an inch or two difference in legroom between the rows of seats or where on the seat the cup holder should be placed.

Finally, Steve Ballmer and the Los Angeles Clippers are finally ready to build their new home.

The long-awaited, privately-owned $ 1.8 billion arena has had an official name as of Friday. It will be called the Intuit Dome and will open in 2024, the team announced on the day of the formal groundbreaking ceremony. Training facilities, team offices for administrative and sports operations, commercial areas and much more will be on the same premises.

You can also read:  Grizzlies eliminate Spurs in NBA play-in

Ballmer, the team’s owner, simply believes it will be like no other arena in the NBA.

“Basketball Mecca! The palace of basketball! ”Said Ballmer, in his usual excitable way, in an interview with The Associated Press.

It could be right.

Every detail has a purpose, from the huge dash video screen that will hang over the pitch, to the way the restrooms will be designed to get fans back to their seats as quickly as possible. The dashboard will include 44,000 square feet of LED lighting, just over a full acre and nearly six times the average size of other “giant” screens in NBA arenas. The dome roof was designed to house the dash, not the other way around.

The things the Clippers have seen playing in football stadiums in Germany, other arenas in the NBA, the NFL, and even Amazon Go convenience stores spawned several ideas that will be put to use at the Intuit Dome.

“I had a lot of my own opinions … and a lot of things were inspired from elsewhere,” Ballmer acknowledged.

The Clippers currently play at the Staples Center, also home to the Los Angeles Lakers and the Los Angeles NHL Kings team. Ballmer began planning an exclusive arena for the Clippers years ago and introduced the project informally in 2019, stating at the time that the Clippers would begin construction in 2021 and open the venue in 2024.

You can also read:  Warriors put Blazers on the brink in the West

So far, even with the coronavirus pandemic and after overcoming some legal challenges, it is going in a timely manner. (AP)