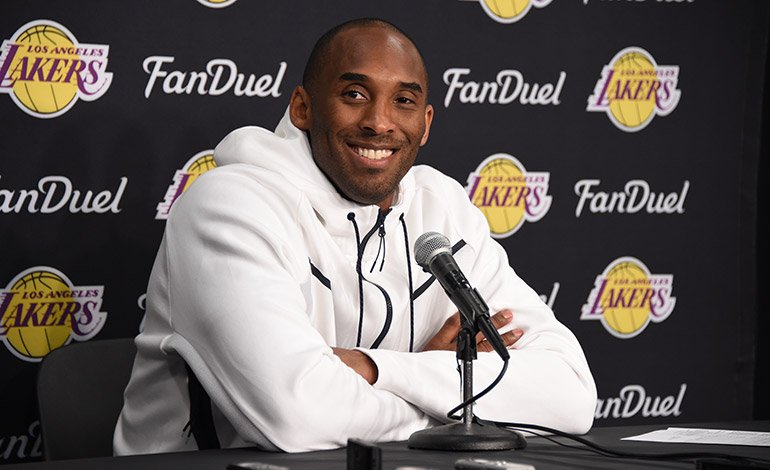 Los Angeles, United States | AFP | On Wednesday night, the Los Angeles Lakers will be emerging from one era and entering another filled with question marks, after superstar Kobe Bryant plays the final game of his career in a gold-blue uniform.
A closure of the 2015-2016 season that has been poor in results for the most famous franchise in California, and that from now on will have a difficult, or impossible, void to fill.
For three years the Lakers have been in a free fall that has coincided with the decline of Kobe Bryant, whose repeated injuries have marred the end of his reign.
But come rain or shine, Bryant was always there, to give his young teammates the backing of his fame, and the fans the grip of a miracle that would change the course of the team.
Five titles, numerous records and memorable feats make Kobe Bryant a legend, but that does not take away from the reality that on Thursday morning, the day after Kobe retired, the Lakers will have to rethink their course for the 2016-2017 season. .
The reconstruction goes through the purification and the exit of some toxic elements that not even Kobe could rescue for the cause, such as the wayward D’Angelo Russell or the immature Nick Young.
But on Thursday morning, the day after Bryant was fired at Staples Center, the Lakers’ leadership will meet to fully rebuild a team that has missed the playoffs in three seasons.
First things first, find a successor to their iconic No. 24, and with $55 million available, $25 of which is saved from the salary they will no longer have to pay Bryant, the Lakers have a strong case for seducing one or two.” franchise players.

The rebuilding of the Lakers seems to be based on three premises: the first, and most important, the hiring of a superstar, and it seems that the shots are directed at basket player Kevin Durant.
The second, an eventual change of coach, and the third, to grab a good prospect in the protected draft of the NBA.
Oklahoma City’s fine on Kevin Durant, and the player’s obvious discontent with team management, could trigger the end of his contract with the Thunder.
Durant, the MVP of the 2013-2014 season, knows that time is upon him, and like everyone else, he is chasing an NBA title, which eluded him in his only final with Oklahoma (2011-2012).
But the option of going to a rebuilding team doesn’t seem to be in his plans, unless the promise of a mega-contract changes his mind.
The Lakers’ poor seasons have overwhelmed the patience of the owners, the Buss family, and will likely cost general manager Mitch Kupchak and Byron Scott, head coach since July 2014, their jobs.
In the Busses’ sights is Luke Walton, one of Steve Kerr’s assistants at Golden State, who led the team to a 39-4 record when Kerr was absent recovering from two back surgeries.
Another option is Scott Brooks, out of work since the Thunder fired him in 2012, who could be the bait for Durant, who made no secret of his discomfort when his favorite coach was fired.
With the second-worst record in the league, the Lakers are hoping to land a big draft card, with their sights set on young NCAA college championship sensation Ben Simmons.
According to statistics, with the second worst record in the NBA, the Lakers have a 55.8% chance of retaining the Top 3 pick, and a 19.9% ​​chance of getting the #1 pick.

Kobe has even already given a thumbs up to future talent by stating, “I think he’s a fantastic player. Obviously, he has a lot of potential.”
But he also gave him some advice to be able to play in Los Angeles: “As for Simmons, it’s about what he wants to take on. It is not about handing over the keys and that’s it. Do you have the attitude to win championships? That’s the only mission, the only goal,” Kobe said.
“If you don’t win a championship, the season is a failure. If you have that kind of attitude, this city will absolutely love you and you will return this team to the victories and the level of play to which it is accustomed, “said the ‘Black Mamba’.

You can also read:  Colombia, led by Ortiz and Moreno, will play the Copa América "without fear"