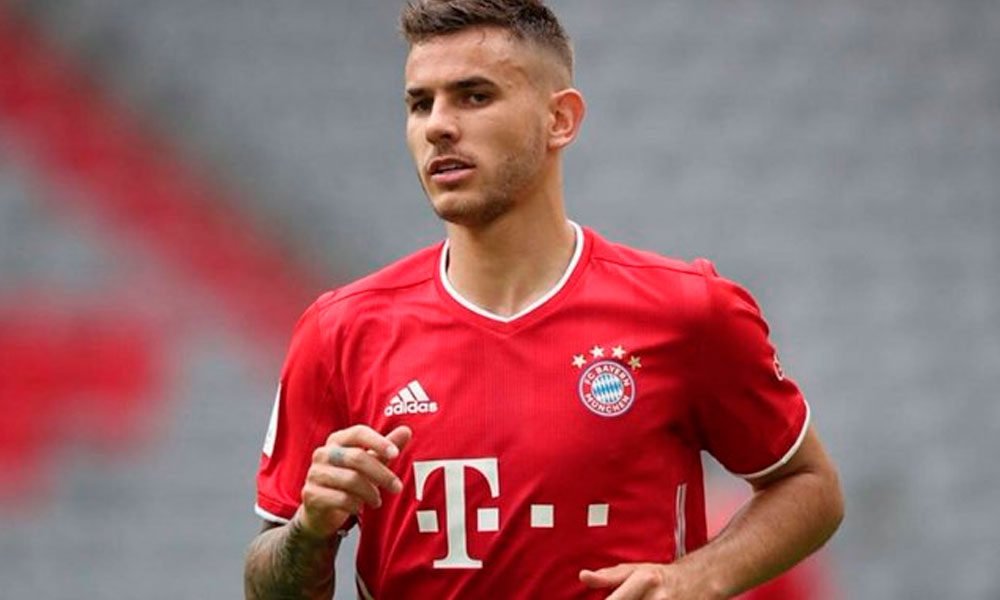 The French international defender of Bayern Munich Lucas Hernández has been saved almost on the bell of going to prison for disobeying a restraining measure, after accepting the Spanish justice his appeal.

“We believe that the appeal must be upheld and the suspension of the execution of the custodial sentence imposed on Lucas François Bernard Hernández should be upheld,” affirms the Provincial Court of Madrid in an order.

The decision of the Hearing comes just one day before the Thursday midnight limit was met for the footballer to enter prison to serve a six-month sentence for breaking a restraining order of what was then his partner and today is his wife.

The suspension of the sentence is for a period of four years and conditional on Lucas Hernández “not committing any new crime during that time”, as well as the payment of a fine of 96,000 euros (111,441 dollars), specifies the Madrid Provincial Court.

The case of the Frenchman dates back to 2017, when Lucas Hernández and his partner Amelia de la Osa Lorente were sentenced in February of that year to 31 days of community service and to stay away and without communication for six months due to a strong fight in which they mutually assaulted.

– Travel as a couple –
Only four months later, already reconciled, the player and his partner were intercepted at the Madrid airport when they were returning together from a trip to the United States.

The footballer was detained a few hours before being released, while Lorente was not detained because the restraining order had not yet been formally communicated to her.

As a result of this episode, Lucas Hernández was tried and sentenced in December 2019 to six months in prison for violating the restraining order issued in February 2017.

In Spain, those sentenced to less than two years in prison do not usually go to prison, but in this case, since it was a repeat offense, Hernández had to go to prison despite being a minimum sentence.

You can also read:  Villarreal returns to training

Thus, a Madrid court ordered the execution of the sentence on October 13, and five days later, the soccer player appeared to collect the prison order, which gave him ten days to enter the prison voluntarily and against which had appealed.

The Provincial Court of Madrid estimated the appeal based on Hernández’s current family situation and the low probability that he would commit a crime again.

The Madrid court recalls in its decision that, although Lucas Hernández was tried for violating a restraining order, “it cannot be ignored that the person who could not be approached consented to said approach”, referring to the trip of both to the United States, where According to the press, they were married.

The order also explains that since June 2017, when he broke the restraining order, “the commission of any new criminal act does not appear in his criminal record, which can be assessed to consider that at present it is not necessary to wait for the execution of the penalty to prevent the convict from committing a crime ”.

You can also read:  The Premier League will allocate 250 million to the minor divisions

Finally, the Court recalls the current family situation of the footballer, who “lives with Mrs. de la Osa and their son, with no record of new incidents between them.”

For all these reasons, the Court accepted Hernández’s appeal, suspending his sentence to the relief of the French international and his teams.

The entry into prison of Lucas would have been a setback for Bayern Munich, who marches first in the Bundesliga and also in their Champions group, and of which he is a mainstay of their defense.

The center-back, transferred from Atlético de Madrid to Bayern in 2019, also sees his horizon clear with the French team with a World Cup in sight in Qatar in 2022. AFP (HN)