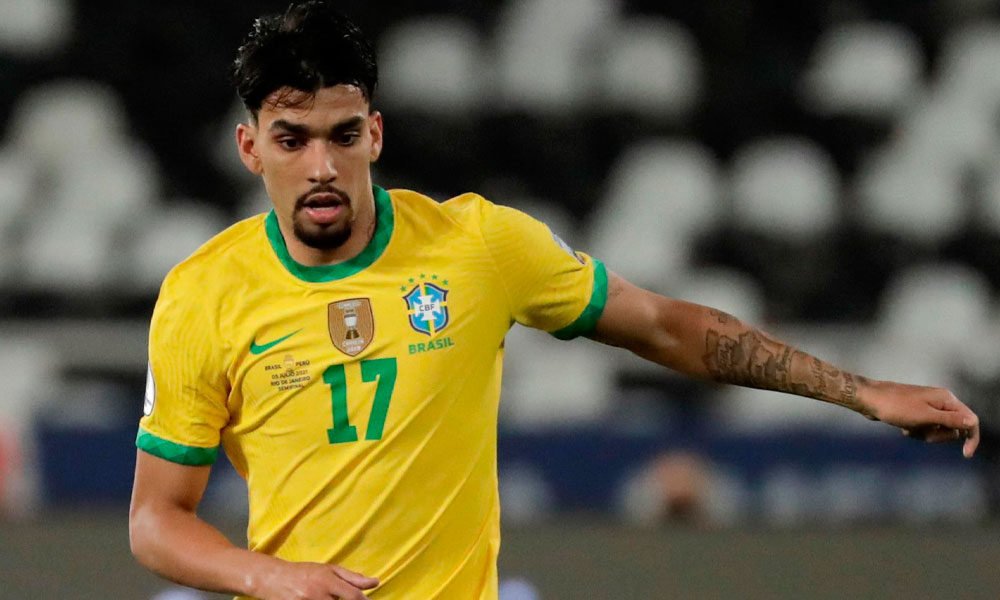 The Brazilian midfielder Lucas Paquetá praised the figure of the Colombian coach, Reinaldo Rueda, who thanked him for the opportunities he gave him when they both met at Flamengo in Rio de Janeiro.

“He was a guy who changed my life,” Paquetá said at a press conference in Sao Paulo, where he is concentrating with Canarinha for next Thursday’s match against the coffee team, for the South American qualifiers for the Qatar 2022 World Cup.

The Olympique de Lyon creative recalled that when Rueda took over as Flamengo’s bench in 2017, he trusted him in a “difficult time” for the youngsters trained at the Rio de Janeiro club due to the lack of minutes they had in the first team.

You can also read:  Two Georgian medalists expelled from the Games for leaving the Village

“He put me to play, he bet on me” and “I really appreciate that opportunity,” he said.

Regarding the Colombian team, Paquetá warned that “it is always a very difficult adversary” and recalled that the last times they met were “very complicated and tough” games because it is a team with “a lot of contact” and that it plays “strong.”

«Yes, the matches (with Colombia) have been increasingly disputed. We know that it will not be different this time and we have to prepare for a very difficult match, do our best and achieve our goal, which is the three points, “he said.

You can also read:  Rafael Leao scores the fastest goal in history in Italy

“We have to keep our motto: play well to be closer to winning,” he added.

Brazil will host Colombia next Thursday at the NeoQuímica Arena stadium in Sao Paulo and five days later they will face Argentina, in San Juan, in what will be their last match of the year.

“I think it will be two great games and I hope we can get two victories,” said Paquetá.

Canarinha is one step away from achieving its mathematical classification for Qatar 2022, as it is the undisputed leader of the South American qualifiers, with 31 points in 11 games.

The five-time world champion today has six points more than her immediate pursuer, Argentina, and 15 ahead of Colombia, fourth placed, last place that gives direct access to the World Cup event. EFE (HN)

You can also read:  Thuram fined five games for spitting on opponent