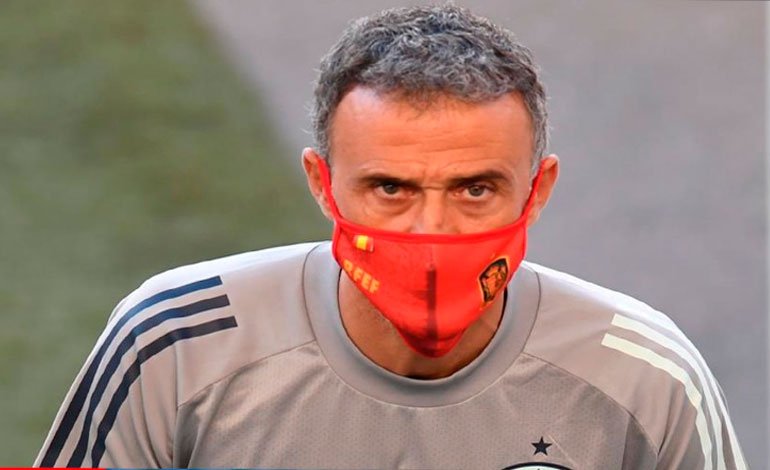 The vaccination of the Spanish team on Friday is not guaranteed, as revealed by the Spanish coach Luis Enrique Martínez, who pointed to the adverse effects that practicing elite sport can have three days before the Euro Cup premiere and the discomfort that would result in losing a player to Sweden.

Luis Enrique reaffirmed the version of the Royal Spanish Football Federation (RFEF), which requested through its president, Luis Rubiales, to receive the vaccine “two months ago.” After the refusal that he said they accepted “willingly”, he pointed to “negotiations” in the present without assuming that health personnel from the Armed Forces will vaccinate the players this Friday.

“The president has been negotiating this for several months, things in the palace are going slowly,” he lamented. “As a coach it is evident that we shuffle the effects. If an agreement is reached, I would like them to be vaccinated as soon as possible because there may be symptoms and it would bother me a lot not to be able to count on a player due to a symptom of the vaccine. To this day we have no confirmation that we are going to be vaccinated, “he added.

The reason is because the Federation does not share the decision that they receive Pfizer, as there are two doses and it takes 28 days to provide maximum immunization.

“It is an issue that is delegated to the most prepared people, who have the power to do it. Negotiations began a long time ago, if a fantastic agreement is reached and if not also, “he said without ruling out that they go to the European Championship without being vaccinated.

“It is in the hands of the president. I would have liked all the members of the team to have it already, but they are decisions that we accept and right now there is nothing official. I want the players to arrive in the best conditions,” he added.

You can also read:  Gerard Piqué anticipates his goodbye: «I know that I have little left ...»

It is proving to be a problem for Luis Enrique to receive the results of the PCR tests that are carried out daily on the players late and he has changed the schedule, bringing it forward to 8 in the morning, in order to have them before lunch.

«On a personal level it is not pleasant when you see that the results take a long time to arrive. The laboratories do it in the best possible way, but from today we will do the PCR at 8, picking up the players very soon to have results before training. We seek to be as well prepared as possible against adversity,” he said.

You can also read:  FMF sends FIFA request for Funes Mori to play with Mexico

The coach chose not to respond to the words of Aina Vidal, a deputy of Congress for En Comu Podem, who on the vaccination of internationals pointed out that they are “eleven men who tap a ball.”

“Indifference is one of the best weapons,” assured Luis Enrique, who chose to focus on what they can “control” and said that they will accept “very calmly” the decisions made about the vaccine. EFE. (JL).