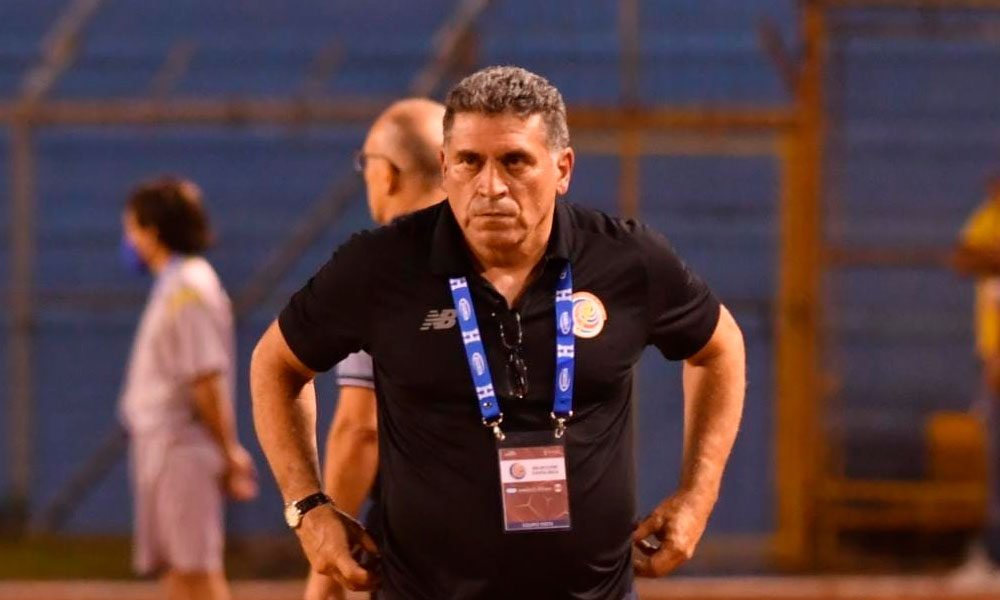 Luis Fernando Suárez, former coach of Honduras and now head of Costa Rica, made an analysis of what has been his passage through the tricolor in the Colombian program Planeta Fútbol of Antena 2.

The coffee grower who took Honduras to Brazil 2014, in addition to talking about the results he has obtained, touched on the issue of young soccer players and highlighted the importance of Keylor Navas for the Costa Rican National Team.

«Some of lime and others of sand, it has not been easy. Here there is always a great expectation. The evolution that Central American football has had has equaled everything a lot. Here we go, it hasn’t been easy. There is the situation of the transition of young people how it responds. There have been good and bad ”, declared Luis Fernando Suárez.

The Colombian did not hide that the match against the Canadians will be complex, and that the team will be facing one of the best, but the best, generation of the North American team, added to the weather conditions and the fact that the field of play it will be artificial. However, Suárez is confident that the tricolor will achieve positive results on this next FIFA date against the teams of Canada and Honduras.

“The results are still there, we think that this next FIFA date will help us to fix the burdens a bit, hopefully that is the case,” he commented.

Another of the difficult points that the ‘Sele’ has run into is introducing the generational change, which is being done with the support of experienced people.

«It has cost. The best diagnosis is given in young boys that one puts sometimes is good, sometimes not so much. There is a feeling that there is something in processes in smaller divisions that should be worked on differently, ”said Suárez.

He also spoke of the criticism and pressure he is experiencing due to the lack of positive results.

You can also read:  Cristiano and Messi to increase their legend, Haaland and Mbappé to grow

«When there are results that are not so good, when you do not win, there are very great criticisms. The situation is not favorable for one, there are things that are understandable, “he commented.

THE IMPORTANCE OF KEYLOR NAVAS

On the other hand, the Colombian also spoke of the goalkeeper of Paris Saint-Germain, Keylor Navas.

The coach commented on the criticism that Navas has received for the injury he suffered at the end of the 2020-2021 season and for which he could not be present in the Gold Cup.

“With Keylor all right, he was not in the last Gold Cup due to injury. There was some controversy with a situation that occurred with a previous president of the Costa Rican Football Federation and there were some situations that were highly criticized about Navas’ situation because he was not in the Gold Cup, but for us he is a very important player and has been vital in two or three games »

Suárez is aware of the importance of the goalkeeper in the eliminatory matches and said that the moment he lives in his club motivates him to arrive in the best way to defend everyone’s shirt.

«I can say Keylor Navas is a goalkeeper who is always needed in a team, the security that one has and I have felt quite good, he has been here very well and what he experiences at PSG fills him with motivation to be well when he reaches the National Team, your moment for us is vital and it is very good, “concluded Luis Fernando Suárez. (Everardoherrera.com)