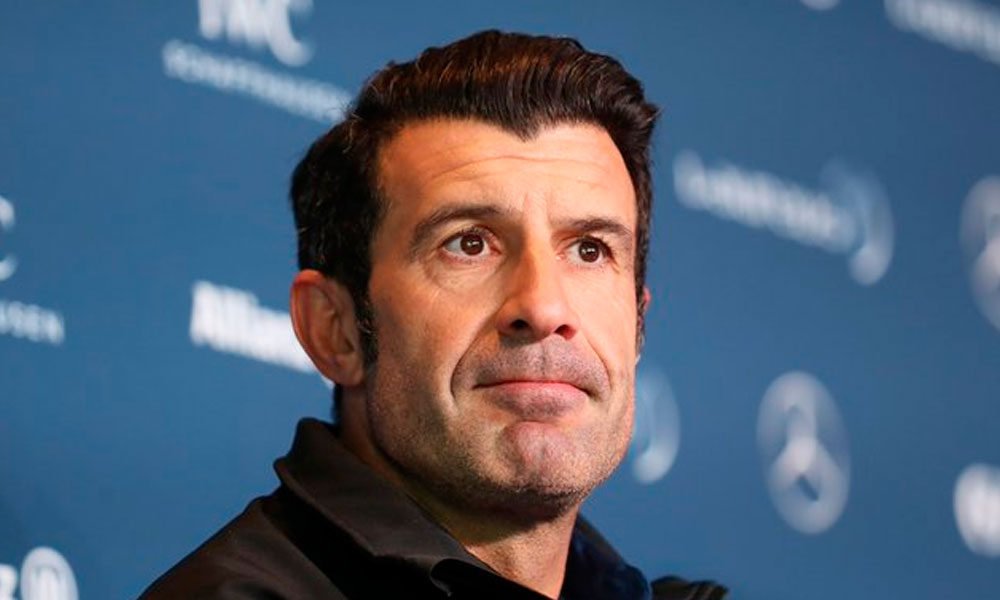 Former Portuguese soccer player Luis Figo stated that “the Super League is dead” and that “it is normal that the world of football is against this competition.”

The former Portuguese international, current football advisor for UEFA, responded to the statement issued by the Super League yesterday in which they pointed out abuses by UEFA itself: “The Super League is dead. I think they are trying to get the deceased out of the drawer but I don’t think there is abuse. The Champions League is a system that was built 70 years ago and that logically will have to evolve together with society and football. What surprises me is that teams that were in the club association and that approved the new format of the Champions League come from behind to do a new competition, “he declared during a ceremony in Madrid.

“UEFA is not against any team, because no one has excluded those teams from competitions. They have opted for a competition in which only 20 teams benefit and it is logical that the others, and the world of football in general, are against this situation, “he added.

Real Madrid will face Sheriff Tiraspol tonight, a team that beat the Whites at the Santiago Bernabéu (1-2), in search of qualification for the Champions League round of 16: «Champions League matches are always complicated, it is the best competition at club level and has the possibility of getting the classification and finishing first against a team that, so far, is the surprise of the group, “said Figo.

In the same way, the former Real Madrid player appreciated the moment of form of the Italian team Carlo Ancelotti: “Madrid is fine, I think they are one of the favorites to win LaLiga. For the Champions League I like Bayern Munich, they have very good players and they play very well ».

The Portuguese won the ‘Ballon d’Or’ – the world’s best player award – in 2000, and currently sees Polish striker Robert Lewandoski (Bayern Munich) as one of the big favorites to win the award this year.

You can also read:  Milan derby, opportunity for Naples

«I think that last year they did not give it to Lewandoski because of the covid, that he deserved it. Maybe he would be one of those who deserves it. Then there are the usual ones, Messi, Cristiano … or Benzema, who has a career that can undoubtedly win it. It is a bit complicated because they are the votes of the people.

On the arrival of Xavi Hernández to the Blaugrana bench, Figo said that “we still have to wait” to see his potential: “He has just arrived. I saw the game yesterday and I think Barcelona played quite well, at least good football. But I think he lacks players at the top who can make a difference. We have to wait, it has generated a lot of illusion with their arrival and we will see how far they can go ».

You can also read:  Manchester City thrashes and sinks Arsenal

His compatriot Cristiano Ronaldo, who yesterday scored one of Manchester United’s two goals against Villarreal in the Champions League, received some criticism in England for the dismissal of his coach, the Norwegian Ole Gunnar Solskjaer. Figo was blunt on this matter: «Cristiano is the best, that (the rumors) are nonsense. Solskjaer has been fired because of the results and because in this case he has not had the performance that the owners wanted. So far Cristiano is being one of the best in performance and goals.

The Portuguese also spoke about the controversy generated around the tickets that players such as the Brazilians Vinicius or Neymar receive and whether they have to be protected: “I think that football has to be protected, not just Vinicius or Neymar. They are players with unbalanced and 1v1 characteristics, but that is what the referees are for. I do not think that any player plays to hurt, football is like that, “he said. EFE