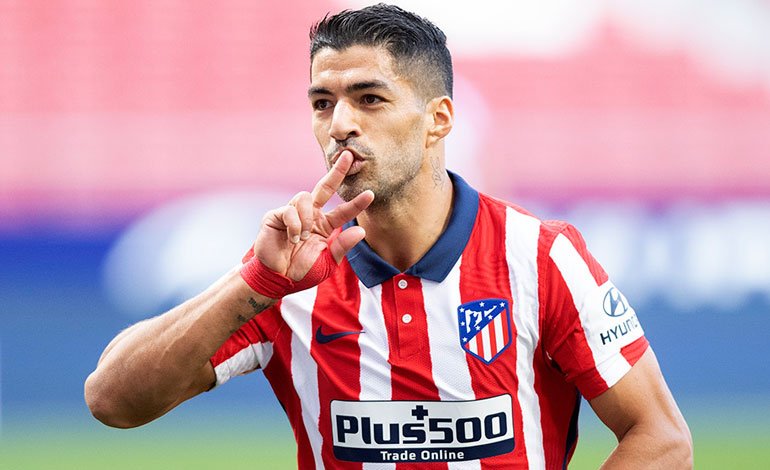 The individualized session as a precaution Luis Suárez, Atlético de Madrid striker, fed the doubt about the ownership of the scorer in the Champions League match against Salzburg, in which he will be in the call, but with the question of whether he will play or not start.

Diego Simeone, his coach, did not clarify this at Monday’s press conference. «He will go on the summoned list. With the doctor we understood that it was better to do a job apart from the group and as a result of what we see tomorrow the game will start or wait on the bench, ”explained the coach in his telematic appearance from the Wanda Metropolitano, the scene of the duel this Tuesday .

You can also read:  Criticism of Cristiano for ensuring that the tests "PCR are an m"

In optimal conditions, Luis Suárez is the undisputed starter at Atlético, due to his goalscoring ability, with four goals in six official games this season as a rojiblanco, due to his hierarchy, his competitiveness, all his qualities… Even more so without Diego Costa, his alternative and low for the third crash in a row due to injury.

But the doubt arises the day before due to his training on the sidelines, although he will be part of the call that will be public tonight and although the club has not reported any type of ailment, only that his individualized session in the afternoon session this Monday , the last prior to Tuesday’s game, was due to caution.

You can also read:  Simeone: This comes from a legacy that began with Gabi, Godín, Diego Costa ...

They are not available for the meeting Saúl Ñíguez, who did not train this Monday either and will miss his fourth consecutive match due to muscular discomfort; Diego Costa and Yannick Carrasco, due to muscle injuries; and Sime Vrsaljko, for an arthroscopy in his left knee that will keep him out until next December. EFE (hn).