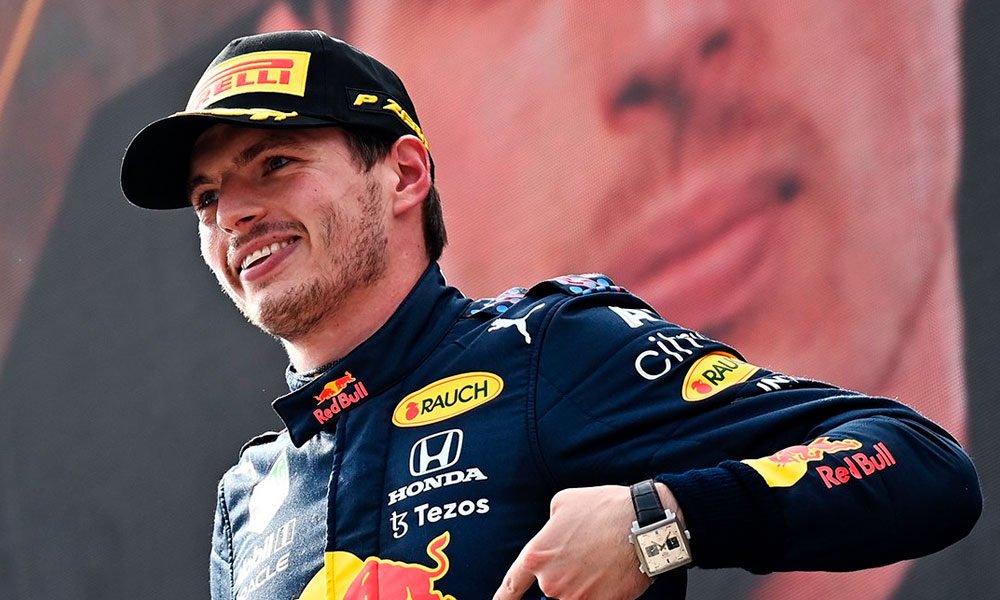 The Dutch Max Verstappen (Red Bull), who achieved his fifth win of the year, the third in a row, in the Austrian Grand Prix -with a ‘Grand Chelem’: starting from the ‘pole’, with a fast lap and leading from start to fin- extended his advantage in the Formula One World Championship, in which he claimed the throne of the sevenfold English world champion Lewis Hamilton (Mercedes).

Verstappen, 23, has taken over. And he has become the new fashionable man of F1; even more so with the return of the public to the stands, dyed orange on Sunday, in his honor, at the Red Bull Ring in Spielberg. The circuit of his team, which – also thanks to the contribution of Mexican Sergio Pérez – also leads the Constructors’ World Cup.

The young Dutch star, who last year lost the opportunity to become the youngest champion in history – an honor held by German Sebastian Vettel – completed the full session in the first ‘treble’ of the season; and, on three Sundays in a row, after winning in France, he repeated victory in Austria, bringing his number of victories on the Styrian track to four.

After undoing in his favor the tie to three victories on the Spielberg track that united him to the mythical Alain Prost -like the aforementioned Vettel, four-time world champion-, ‘Mad Max’ leads the World Cup with 182 points, 32 more than Hamilton (Mercedes). Who aspires, finally with guarantees, to succeed in the history of the contest.

You can also read:  The details of the "spaceship" that an Argentine designed and surprises at the Dakar Rally

Hamilton, 36, had equaled German Michael Scumacher’s seven titles last year, which is why Queen Elizabeth of England named him ‘Sir’. And in the meantime, the spectacular and eccentric Stevenage champion has raised his other two all-time F1 records to 98 and 100, the one for wins and the one for pole positions, respectively.

For this reason, when on Saturday the extension of the contract that joins the Englishman with the Brackley team was announced for two more years, the statement stated that it was the “most successful union in the history of Formula One.” That letter was not lying: Mercedes marked a milestone during the past seven years, in which it never stopped winning both World Cups, the constructors ‘and the pilots’; that during that period Hamilton scored six times: champion for the first time in 2008 with McLaren.

The Englishman started the season on the right foot, winning three of the first four races, in Barein, Portugal and Spain. But ‘Mad Max’, winner in Imola (Italy), venue of the Emilia Romagna Grand Prix; gave the first blow to the table in Monaco. Where I have never been on the podium before. But where, after winning the most iconic race of the year – that the Spanish Carlos Sainz (Ferrari) finished second -, he assumed the leadership of the World Championship.

You can also read:  Jonathan Rea returns to be the fastest in a session marked by the rain

Hamilton, seventh on the Côte d’Azur, did not take advantage of the Verstappen accident in Azerbaijan, where ‘Checo’ signed his second triumph in F1, and the Englishman, after over-braking in the re-start, concluded fifteenth a race in which the another Spaniard, Asturian double world champion Fernando Alonso gave a display with his Alpine to advance four places at the restart and finish sixth.

Once in front, ‘Mad Max’ did not let go of the prey. And, after winning a race in France that his Mexican teammate finished third, he repeated victory a week later at the Styrian Grand Prix. The first of two races held at the Red Bull Ring. In which Hamilton had to settle for second again.

On Sunday, the Dutchman raised the stakes, in front of his crazed supporters. He won by smoking a cigar, signing his first ‘Grand Chelem’, a day after signing his seventh ‘pole’ in F1: the fourth in this World Cup and the third in a row. He did not give up the lead from start to finish; and he set the fastest lap to win the race ahead of the other Mercedes, that of the Finnish Valtteri Bottas, and another young talent, the Englishman Lando Norris (McLaren), who at the age of 21 celebrated his fourth podium in the honor division.

Sainz came back and finished fifth with the Ferrari; and Alonso – to whom Vettel had ruined his weekend on Saturday – squeezed his Alpine to be tenth and snatch the point that was left at stake from the Englishman Georgr Russell (Williams), whom not a few already see as the future companion of Hamilton. That, with problems in the car, he did not go beyond fourth place at the Red Bull Ring.

You can also read:  Massa: "What I did in Malaysia was the right thing to do"

The British star arrives with such a disadvantage to ‘his’ Grand Prix, that he has no chance, even in the best of cases, of regaining the lead in front of his fans, which will fill the stands at Silverstone. Where better for Mercedes to react if it does not want to approach the end of the most glorious cycle in the history of F1.

At the British Grand Prix, a new qualifying format for a sprint race is released, instead of the usual session on Saturday; that will distribute points: three, two and one, respectively, for the first three.

A model that Alonso does not dislike, who in an interview with Efe said that “everything that is changing the current format and giving a little variation to the bad weekend is not going to be”. On Friday there will be a single free practice session and another session that will decide the starting grid of the sprint event using the usual qualifying format. A model that will be repeated another two times this year. For sure, in Monza (Italy); and possibly, in Sao Paulo (Brazil). EFE (HN)