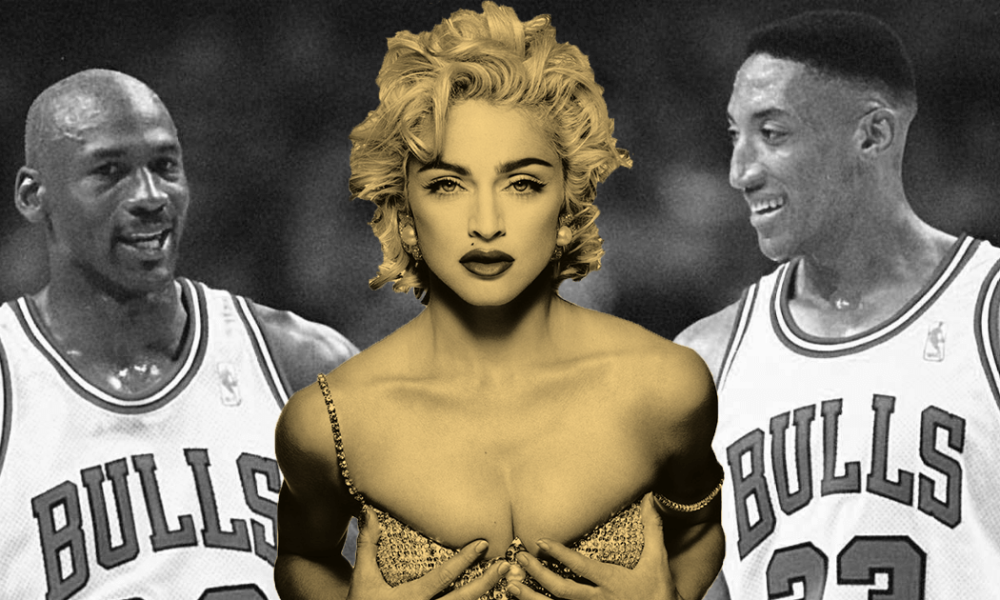 The dynasty that built the Chicago Bulls with six titles in the 1990s went beyond the NBA court and reached unexpected places. The impact of Michael Jordan and Scottie Pippen sparked curiosity even in a music icon like Madonna. There is an unmissable story!

Where the Bulls went to play caused a sensation among the fans, and every time the team arrived in Los Angeles, Pippen was picked up by no one else and none other than Madonna herself. With a fleeting relationship, Scottie and the singer aroused envy even in Jordan.

Michael Jordan’s competitiveness did not distinguish between teammates and rivals, so he did not hesitate to try to beat Scottie Pippen by seducing Madonna while the singer was dating the former NBA star. How did it go? The result would be unexpected! And Johnny Bach took it upon himself to tell it all.

You can also read:  Kevin Durant confirms that he will not play the NBA season finale

Bach, assistant coach of the famous Bulls, revealed that Madonna picked up Pippen in a limousine when the team played in Los Angeles and on one occasion Michael Jordan tried to flirt with the singer with a spicy phrase, but had zero chances to take the conquest from him. his faithful companion.

“You should have seen the girls Pippen had waiting for him everywhere we went. Madonna used to pick him up in a limo with a hot tub every time we went to Los Angeles. Michael used to tell Madonna that he could satisfy her better and Madonna would say, ‘There’s no chance,’ “confessed Johnny Bach, an assistant coach for the Chicago Bulls of the 1990s. (Bolavip)