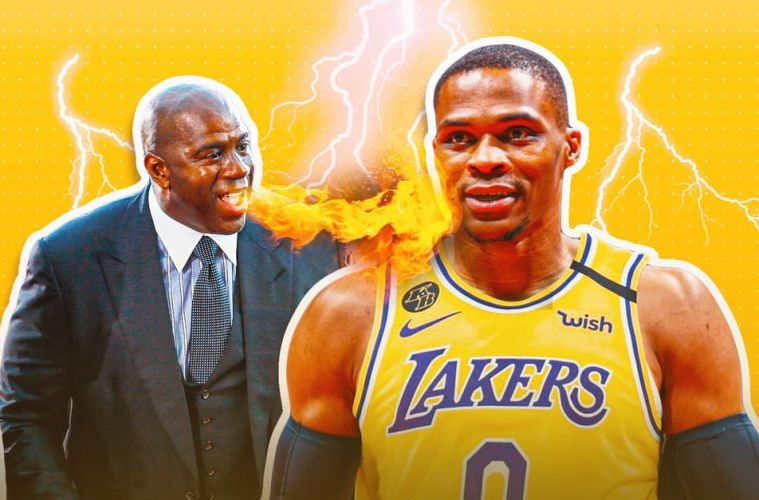 The former NBA player, Magic Johnson reacted to the great exchange of Russell Westbrook to the Los Angeles Lakers team on the night of this Thursday, July 29.

Many Los Angeles Lakers fans are certainly excited about the arrival of Russell Westbrook to the Lakers. NBA legend Magic Johnson is also happy to see his former team make this great trade.

The Los Angeles Lakers went to great lengths to stay with Westbrook on Thursday.

The team reportedly traded Kyle Kuzma, Kentavious Caldwell-Pope, Montrezl Harrell and their 22nd overall pick in the 2021 NBA Draft to complete the move.

You can also read:  Museum of legend Larry Bird announced in Indiana

Laker Nation, the box office success that is bringing Russell Westbrook to the Lakers team is VERY exciting and will definitely make the Lakers a championship contender next season.

With Westbrook joining LeBron and AD, the Lakers now have their version of the Big 3. All we need now is a couple of shooters and we’ll be tough to beat !!

Russell Westbrook is the most electric player in the NBA today and the STAPLES Center will be on fire next season!

The truth is that the Los Angeles Lakers team now happened to make one of the favorite teams for the following NBA season because they have 3 renowned players in the league. (Fielding)

You can also read:  The draw for the World Cup groups, in Shenzhen on March 16