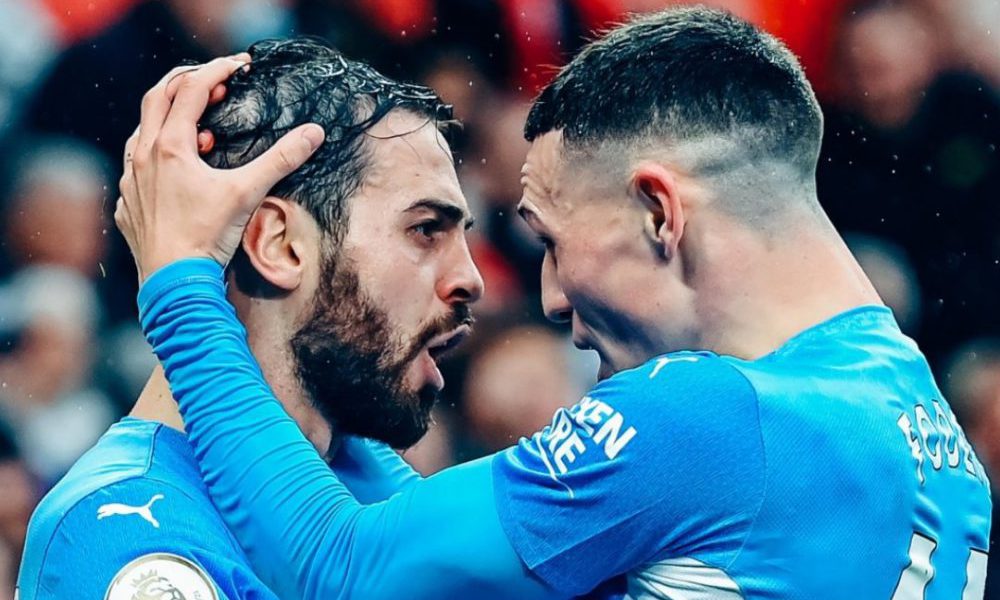 The Manchester derby caused great expectations, but logic prevailed and turned the game into a formality. Manchester City had no trouble beating their classic Manchester United 2-0 at Old Trafford on matchday 11 of the Premier League. The goals of Eric Bailly against and Bernardo Silva made the difference on the scoreboard, although it fell short with respect to the wide dominance shown by the ‘citizens’.

Duel won by Pep Guardiola in terms of game management, idea and desire. Ole Gunnar Solskjaer could see his final game as Manchester United manager in a totally humiliating performance. Cristiano Ronaldo? Victim of a team that had no ideas, that was not motivated by the classic and that the attitude left much to be desired.

Manchester City’s drowning of Manchester United in the first half was incessant. Although Maguire had the first chance with a header near the post from Ederson, it was Etihad’s side who constantly lunged at the rival goal. At minute 7, Bailly wanted to cut a center from Cancelo and ended up beating his own teammate De Gea for the 1-0 visitor.

You can also read:  Ronald Koeman dismissed as Barcelona coach

The first goal of the game did not change the procedure. Guardiola’s idea was to suffocate the local to exhaustion so as not to let the ball reach Cristiano Ronaldo. Despite this, the Portuguese created their own situations. Two shots by CR7 found a good response from Ederson to avoid the tie. It was the only thing to highlight for those of Solskjaer, because the domain was of the ‘City’.

And if the game only had one goal until the final part, it was because of what De Gea did. Four key saves by the Spanish goalkeeper prevented the ‘citizens’ from expanding the scoreboard. However, in the last of that first part, he failed, although he was not the only one. An unusual inattention from Shaw, who saw how Bernardo Silva ate his back so easily to define before a weak response from the former Atlético de Madrid goalkeeper, became the second goal of the game in favor of Manchester City.

You can also read:  Turkey does not fail and earns a place in the play-off

For the second half, Bailly was the one sacrificed for the entry of Jadon Sancho, a signing who has not had many starting opportunities. Minutes later, the one who entered was Marcus Rashford. None could really change the history of the game and even Cristiano was overshadowed. Manchester City was unreachable.

If something characterizes Guardiola’s team, it is that if he has to have the ball for long minutes, he will do it and that is how he monopolized the game. The handling of the ball allowed him to control the story, with good flashes from Rodri and Gündogan, and making his idea of ​​the game a real nuisance for the players and the local public.

You can also read:  Colombian Dávinson Sánchez returns to England

There is no excuse for Manchester United, but it is the reality that shows the continuity of a Solskjaer, who has not found the return. The Norwegian could really be sacked after a totally disappointing performance in this derby. He was a companion of ‘City’ in the derby and never fought it.

The second half lacked the chances of danger that the first did have, but which is understood by what is shown by one team and another. Manchester City controlled, had compassion on a weak Manchester United and closed a triumph that allows it to continue growing in the season. Now he remains as Chelsea’s escort. (Bolavip)