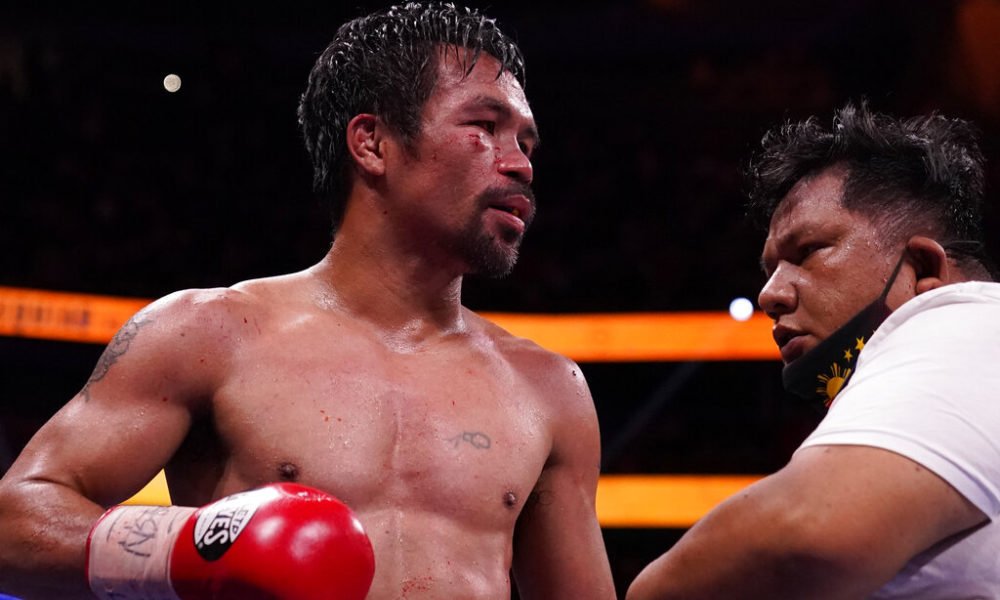 Manny Pacquiao could not win back the world welterweight title that the WBA had taken from him ex officio due to his inactivity of more than two years, as he was defeated by Yordenis Ugas in a unanimous decision, in which it was the stellar fight of the card that he had place at the T-Mobile Arena in Las Vegas.

In a first reflection of what had happened throughout the 12 rounds, the Filipino confessed that it was difficult for him to make the necessary adjustments to be able to shorten the distances that the Cuban handled almost perfectly with his jab, something that he highlighted was the key of the fight.

Having made the self-criticism, Pacquiao left a message to the nearly 20 thousand spectators who chanted his name: «I am grateful to the fans. I appreciate the effort of coming here and watching the fight live. Sorry I lost tonight. I did the best I could, ”he told Fox microphones.

Immediately, he was asked once more about whether or not that had been his last fight: “I don’t know if I will fight again. I’m going to rest, relax and then make a decision, ”he just said. And being questioned about the possibility that he is a candidate for the Philippine presidency, he added: “Next month I am going to make an announcement. I know it’s going to be a lot more difficult than boxing, but I want to do my best for my people in the Philippines. “

Before saying goodbye and receiving the final standing ovation, Pacquiao dedicated a few words to his winner, who retained the WBA world welterweight title: “I want to congratulate Yordenis Ugas for his great work. Thank you all very much, “he concluded. (Bolavip)