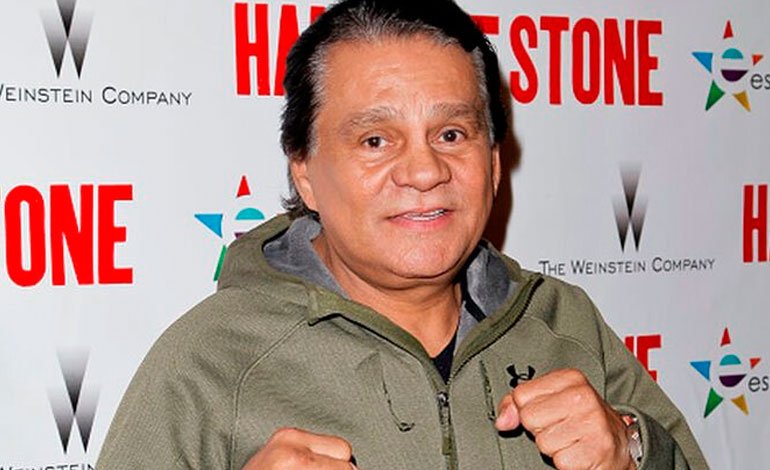 Legendary Panamanian boxer Roberto ‘Manos de Piedra’ Durán, 69, remains stable in the hospital where he was admitted last week after being diagnosed with COVID-19, said one of his sons.

“My father is stable, he has almost no fever, in good spirits as always, and wanting to go home,” said his son Roberto Durán Jr. on Monday.

The ‘Cholo’, as this multiple boxing champion is also known, considered the best lightweight of all time, has been confined in a private health center in the Panamanian capital since last Thursday.

There he was transferred after presenting a viral picture with mild symptoms, for which he was subjected to the COVID-19 test and tested positive.

From the beginning, the former boxer’s family said they preferred to keep Durán hospitalized not only because of his age, which is considered a risk factor when he suffers from COVID-19, but also because one of his lungs was seriously affected in a car accident. transit that suffered in 2001 in Argentina.

‘Manos de Piedra’ has received multiple messages of encouragement from fans and other personalities of Panama, the Central American country most affected by the new coronavirus with 31,686 confirmed infections and 604 deaths from the disease in 112 days of the pandemic.

During the COVID-19 pandemic, the four-time world boxing champion has been an activist on his social networks, calling on the population to take care of the new coronavirus.

You can also read:  Tribute in Mexico to the fighter who died in a fight in London

His family has maintained that ‘Manos de Piedra’ has been respectful of the strict quarantine that is in force in the capital of Panama and a neighboring province, due to the high incidence of COVID-19 in these areas, and that it was probably infected by some of the people who came to his house to congratulate him on his birthday on June 16.

The son of the Panamanian sports legend returned this Monday to thank people for their motivating messages, which they send him through his doctors. EFE (HN)