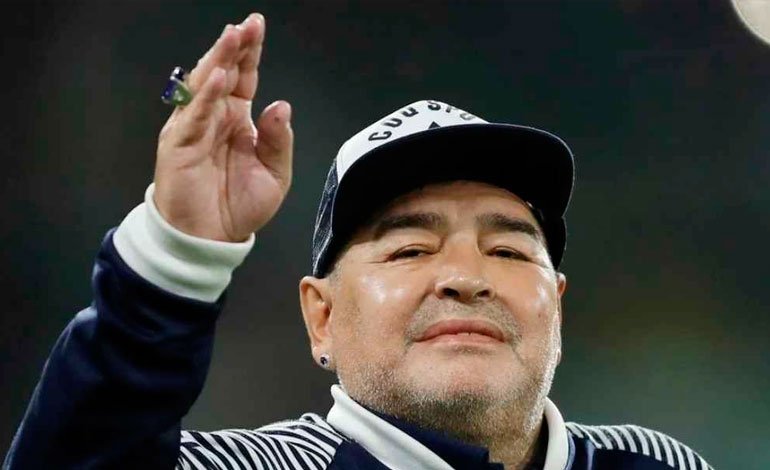 Argentine soccer legend Diego Maradona “is much better and eager to leave” the hospital where he was admitted Monday for anemia and dehydration, his doctor, Leopoldo Luque, said Tuesday.

«He is much better than yesterday, eager to leave, I would like him to stay one more day. He is anemic, a little dehydrated, this must be corrected and see that he continues to improve, “he told the press at the door of the Ipensa clinic in the city of La Plata, 60 km south of Buenos Aires.

“When you see this situation, you stipulate approximately three days of hospitalization. Hopefully he wants to stay until tomorrow (Wednesday). That is my goal, but he has autonomy and can go, “said the doctor.

You can also read:  Bale: «It took time to be like this»

Confined since March by the coronavirus pandemic, like all Argentines at risk, the DT of Gimnasia La Plata appeared last Friday in public very deteriorated and with difficulty walking and speaking on his 60th birthday when first division football resumed.

The world champion in Mexico-1986 went to the stadium where he was honored for his 60th anniversary, but had to leave before half an hour of play, unable to stay after his team’s win over Patronato (3-0).

Fans of Gimnasia y Esgrima La Plata, the team he has led since last year, came to the clinic to leave messages of encouragement and wishes for improvement, along with flags identifying the ‘Wolf’.

You can also read:  A burofax, an Italian exam, lives that matter: beyond the covid

“What he needs most is the support of the people,” defined the doctor.

About Maradona, he said that “he had a good night, he is in good spirits. We were joking, walking. “Here we are solving the clinical part that made him very weak, very tired,” Luque said.

“The idea is to improve it as much as possible, the time we need is a little more, he, looking good, wants to leave, as always,” said Luque surrounded by dozens of journalists.

Recovered years ago from his addiction to hard drugs, Maradona is medicated with tranquilizers and anxiolytics and consumes alcohol. «With a medicated patient there are times when hospitalizations serve to adjust that medication. That’s good,” added the professional.

You can also read:  Benzema scores the 1,000th goal for Real Madrid in the Champions League

He clarified that after compensating for it, the treatment for anemia “is long-term and will be outpatient.” He explained that due to the gastric bypass that Maradona underwent in 2005 to lose 50 kilos, he has difficulty retaining iron, which makes him more prone to anemia. AFP (hn).