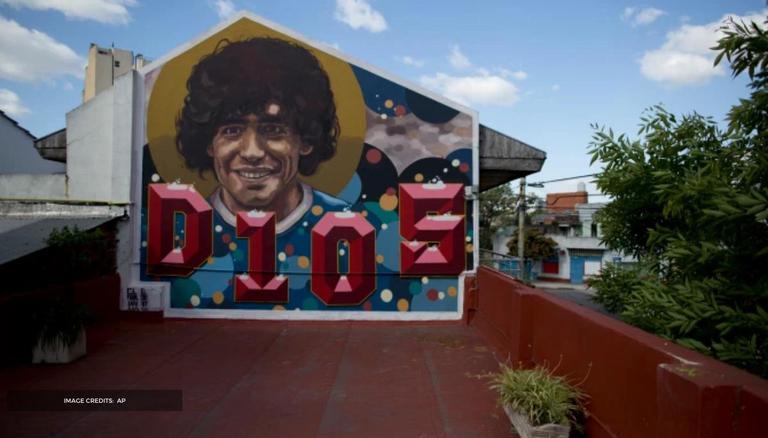 In the absence of a few days until the first anniversary of his death is fulfilled, the authorities of the city of Buenos Aires honored Diego Maradona with the placement of a plaque on the building at the intersections of Segurola and Habana 4310 streets, in the Villa Devoto neighborhood, one of the places where the idol lived.

In this corner, baptized as the “Diego Armando Maradona Corner”, is the house where the soccer star lived for several years in the 90s, specifically in the apartment on the seventh floor.

After Maradona’s death, this building became a pilgrimage point for hundreds of followers, who mourned his loss and installed altars in his memory.

This tribute was promoted by the Buenos Aires deputy Daniel Del Sol and approved unanimously in the Legislature of the city of Buenos Aires.

“It is a cultural place, for us, as there are many corners in the city of Buenos Aires and we could not miss the opportunity to recognize where he lived with his daughters,” Del Sol told Efe by phone.

In the legislator’s opinion, Maradona is for all Argentines a “synonym of happiness”, which has achieved “recognition from the rest of the world.”

«Maradona for us was always an emblem of joy and happiness for everything he gave us. We simply want to remember him well, the joy he gave us, and well, happy, for doing this recognition for him, “he concluded.

You can also read:  FC Barcelona does not close a contract with H&M for political reasons

The location of this address came to light on October 7, 1995, in the match that enshrined the return of Diego Maradona to Boca Juniors.

At that meeting, Maradona publicly released his address after a discussion with Julio César Toresani, a footballer from Colón.

«I told Toresani on the field that I live in Segurola and Habana 4310, seventh floor. I have no problem with him coming to look for me, “cried the soccer star at the end of the meeting, in a statement that had enormous relevance at the time.

Maradona died at age 60 and an autopsy on the body of the former captain and former Argentine national team determined that he died as a result of “acute lung edema secondary to exacerbated chronic heart failure.”

You can also read:  Tram was inaugurated in honor of Roger Federer

He also discovered “dilated cardiomyopathy” in his heart.

The 1986 world champion in Mexico suffered from alcohol addiction problems, had been admitted to a clinic in La Plata on November 2, 2020 due to anemia and dehydration and a day later he was transferred to a sanatorium in the Buenos Aires town of Olivos, where he was operated on for a subdural hematoma.

On November 11, he was discharged from hospital and moved to a house in a private neighborhood on the outskirts of Buenos Aires, where he died on November 25. EFE