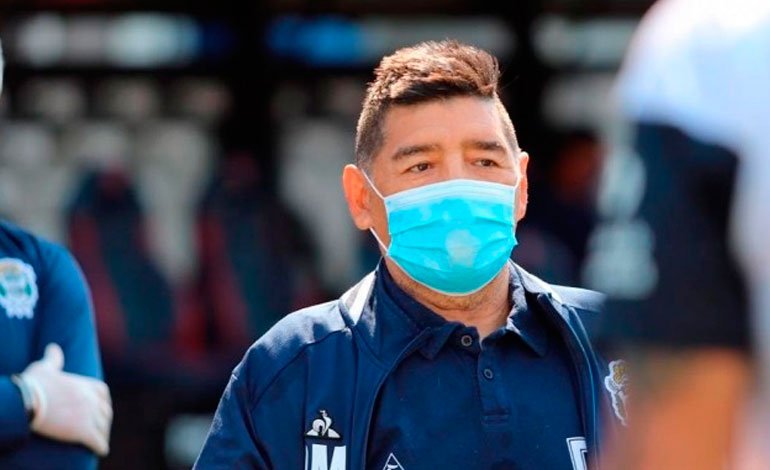 The former Argentine soccer star and current DT of Gimnasia Fencing La Plata, Diego Maradona, three days after his 60th birthday, was preventively isolated this Tuesday after it was detected that one of his custodians has symptoms compatible with covid-19, according to the local press.

A custodian of Maradona “woke up with symptoms of Covid-19 and went into preventive quarantine until the pertinent controls are carried out,” said the Olé sports newspaper.

“Just in case and until he has more information, Maradona will remain isolated in his house in the Campos de Roca country, at kilometer 65 of Route 2 (south of Buenos Aires)”, he pointed out in turn Página/12 when citing “sources of the environment” of the exastro.

You can also read:  Alemán who denounced insults by Hondurans had already been a victim of racism

Maradona, about to turn 60 on Friday and the date on which he must direct Gimnasia in his debut in the First Division championship, may miss this commitment due to sanitary measures.

According to Página/12, Maradona “would be swabbed next Thursday with the rapid PCR test to find out the state of his health.”

On Friday, Maradona was scheduled to direct the match between Gimnasia and Patronato La Plata, an occasion that would serve as a tribute to his birthday.

Maradona, considered a risk patient, has been kept safe from the virus and had not participated in gymnastics training last week.

When weeks ago one of the players tested positive, the DT was preventively isolated and subjected to tests that were negative.

You can also read:  Paraguayan judge orders the capture of River Plate player

Argentina has reported more than a million positive cases of covid-19 while fatalities exceed 29,000. AFP (hn).