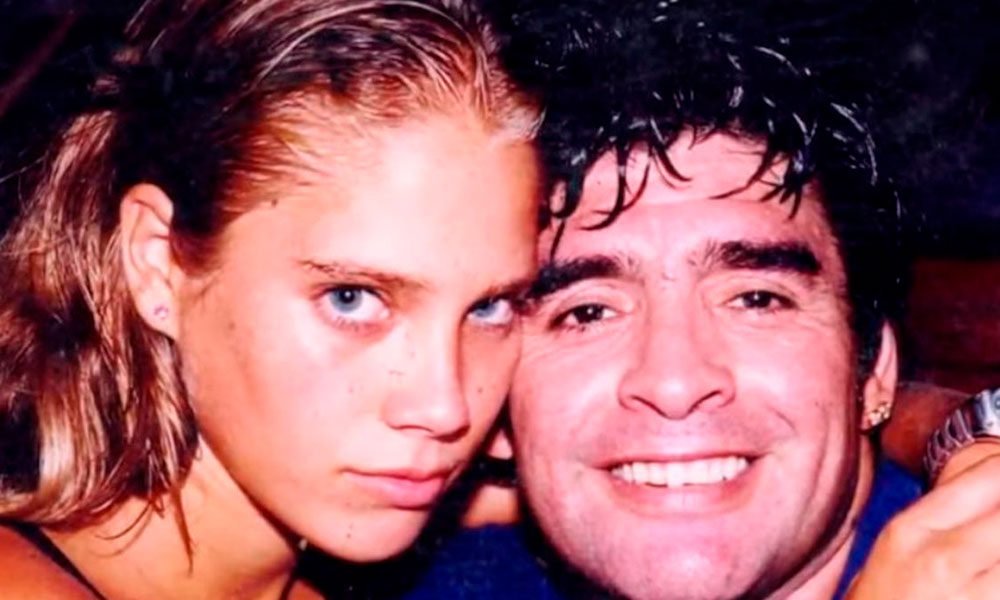 Cuban Mavys Álvarez, who at 16 had a sentimental relationship with Diego Maradona that she described as violent, testified Thursday as a witness before the Argentine courts in the framework of a complaint against relatives of the deceased soccer star for alleged human trafficking.

Álvarez, 37, entered the Argentine Ministry of Justice with his lawyer to give testimony about the alleged human trafficking to which he would have been subjected when in 2001 he moved to Buenos Aires with Maradona to undergo a breast enlargement operation. under alleged pressure from the footballer and his environment and without the consent of his parents.

Álvarez’s testimonial statement was issued within the framework of a complaint filed in the court of federal judge Daniel Rafecas, the official Télam news agency said.

Álvarez testified after referring in an interview with a Miami television channel in September to the relationship he had with the former Argentine team captain when he was in Cuba treating his drug addiction.

You can also read:  London calls on FIFA to act after racist insults against English footballers in Hungary

Despite defining the relationship as “consensual”, the Cuban said that she became addicted to cocaine induced by Maradona. She also said that she was a victim of gender violence on several occasions and that both of them traveled to Buenos Aires at the end of 2001 without going through an adequate control in Migrations of Argentina, where she was pressured to have breast implants.

Because Maradona died in November 2020, the Cuban primarily targets close friends of the former soccer player, such as his former representative Guillermo Coppola and other friends who accompanied him during his stay in Cuba.

His statements gave rise to a complaint filed by the Foundation for Peace and Climate Change before the Office of the Prosecutor for Trafficking and Exploitation of Persons in Buenos Aires, which was later joined by Álvarez with the sponsorship of his lawyer, who indicated that it would have been brought to the country for apparent “sexual purposes” and “under pressure.”

You can also read:  Roberto Martínez: 2021 is going to be a great year for Eden Hazard

The court has not yet determined whether it will accept the woman as a plaintiff, which it would decide after hearing her testimony and then determining whether to accuse the people denounced.

Álvarez denounced that Maradona’s surroundings did not let her leave the hotel where she was staying and that she was later transferred to a house where she had to be cured of the infection caused by the surgery.

Coppola told the press that he was “witness to a love story” between the Cuban and the soccer player and that there was no crime. The Cuban Mavys Álvarez, at the age of 16, had a sentimental relationship with Diego Maradona.

The former representative of Maradona said he did not know “that it was an ordeal, that it was so hard” for Álvarez. “At this point I do not have to clean myself of absolutely anything, I know how I am and how I handled myself,” he said.

You can also read:  'Goal against', the unexpected top scorer of the Eurocup

Maradona traveled with the young woman to Argentina to participate in a tribute match on the Boca Juniors court in November 2001 and taking advantage of her stay, the young woman underwent cosmetic surgery.

Fernando Míguez, head of the Foundation for Peace and Climate Change, told the press that an official from the Argentine embassy in Havana managed to get the young woman out of Cuba with the apparent consent of the late Cuban leader Fidel Castro and that, later of going through immigration without anyone asking her how old she was or where she was going to stay, “the head of Maradona’s custody transferred her to the hotel.” AFP