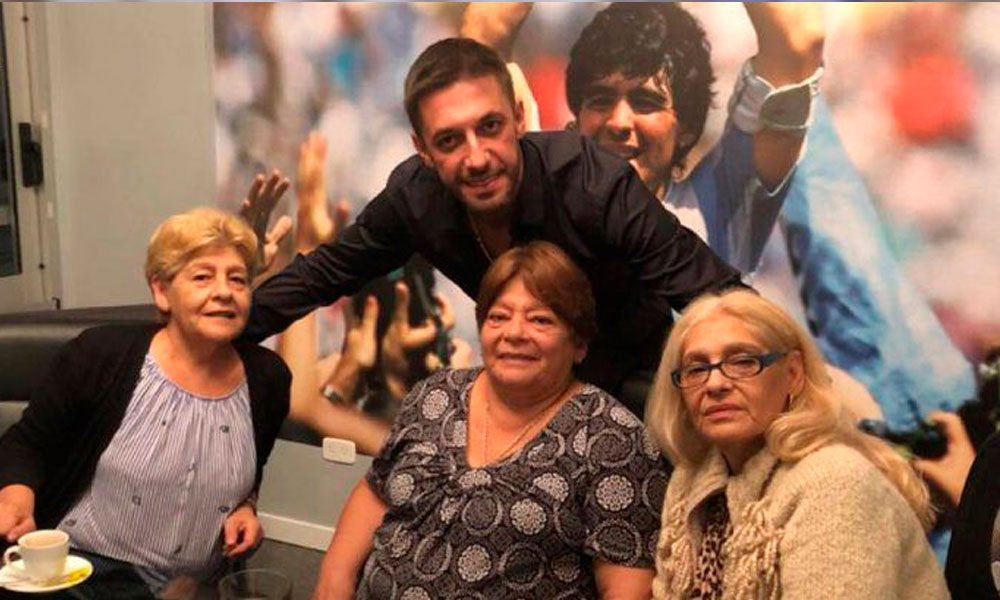 Claudia Nora ‘Cali’ Maradona, Ana Estela Maradona and Rita Mabel ‘Kitty’ Maradona, sisters of Diego Maradona, appeared to testify this Wednesday before Justice as witnesses in the case in which the death of the soccer star is being investigated, according to judicial sources informed Efe.

The Argentine Justice investigates seven people for alleged “simple homicide with eventual intent” – a crime that provides a penalty of between 8 and 25 years in prison – seeking to determine if the care of the ex-footballer was deficient and the necessary means were not put in place to prevent his death.

They are the neurosurgeon Leopoldo Luque, the psychiatrist Agustina Cosachov, the psychologist Carlos Díaz, the doctor who coordinated home care Nancy Forlini, the coordinator of the nurses Mariano Perroni and the nurses Ricardo Omar Almirón and Dahiana Gisela Madrid.

You can also read:  Lille and PSG do not give in, step back from Lyon and Marseille

All of them have already declared before the Justice, that they have been collecting testimonies for months.

This Wednesday, Maradona’s sisters -who were also accepted as individuals affected in the case, so they can be present in the process, request evidence or be present in others- testify in person at the headquarters of the Attorney General’s Office of San Isidro, explained the sources.

The autopsy on the body of the former captain and former Argentine national team determined that he died as a result of “acute lung edema secondary to exacerbated chronic heart failure.”

You can also read:  Defeat of Roma for making six changes in the Italian Cup

They also discovered a “dilated cardiomyopathy” in her heart.

The 1986 world champion in Mexico suffered from alcohol addiction problems, had been admitted to a clinic in La Plata on November 2, 2020 for anemia and dehydration and a day later he was transferred to a sanatorium in the Buenos Aires town of Olivos, where he was operated on for a subdural hematoma by a team led by Luque.

On November 11, he was discharged from hospital and moved to a house in a private neighborhood on the outskirts of Buenos Aires, where he died on November 25. EFE (HN)