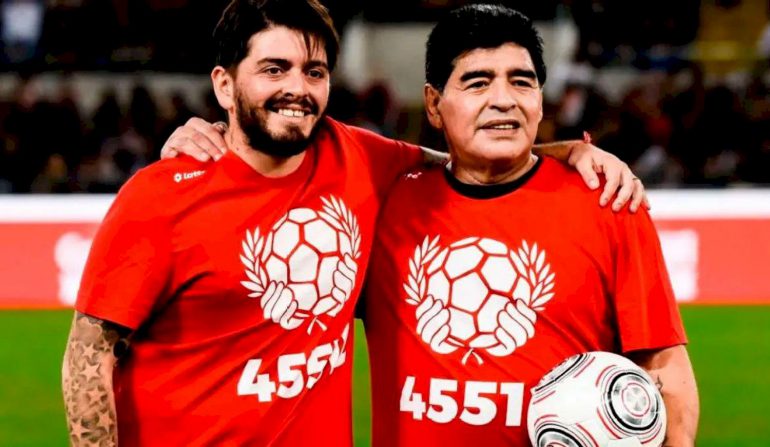 These have been difficult days for the Maradona family, first with the operation of the former Argentine soccer player for a subdural hematoma in the head and now it has been revealed that Diego Armando’s eldest son has been hospitalized for complications due to the coronavirus. Diego Armando Maradona Jr. tested positive for the coronavirus on November 5 along with his partner, which is why he was unable to travel to Argentina to accompany his father during the operation and recovery; However, Italian media affirm that the eldest son of the Gimnasia y Esgrima La Plata coach was admitted to the Cotugno hospital in Naples due to complications in his symptoms.

At the beginning, when he announced his positive along with that of his partner, he stated that he was asymptomatic; However, with the passing of days, he presented three of the signs of covid-19. “This period of shit does not end. After the great anxiety for dad today we received the test result and unfortunately both myself and Nunzia are positive. We are symptomatic and I assure you that it is not pleasant at all, “Maradona’s son wrote.

https://www.milenio.com/deportes/eMaradona Jr, who excelled in beach soccer, had fatigue, cough and fever since last Thursday, for which he was hospitalized; Media such as Corriere del Mezziogorno and Gazzetta dello Sport report that the condition of the eldest of the Pelusa sons has improved and is stable. (GG) (www.milenio.com)

You can also read:  Istanbul withdraws from match against PSG due to racist insult