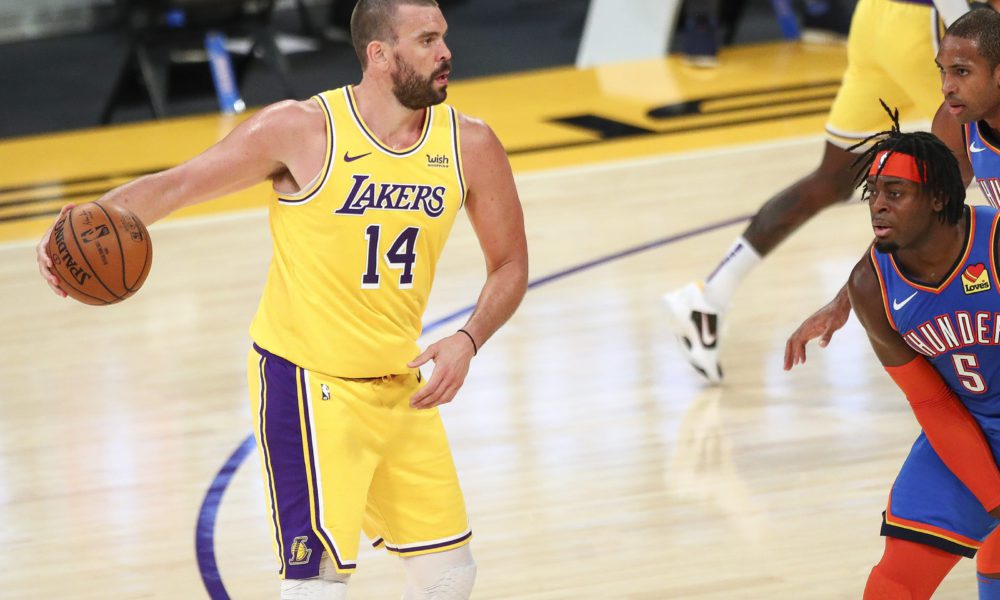 After an irregular season defending the Los Angeles Lakers, where he could not establish himself as a starter, pivot Marc Gasol was transferred to the Memphis Grizzlies, facing the next season of the National Basketball Association (NBA); however, that return may not happen.
After confirming this Friday his departure from the gold and purple franchise to the first team that received him in the competition, in 2008, the concrete thing is that the player has every intention of terminating his contract, valued at 2.7 million dollars, according to reported Adrian Wojnarowski of the ESPN network.
The information ensures that Gasol is willing to leave the NBA after 13 seasons, where he won a title in 2019 with the Toronto Raptors, in addition to being chosen three times for the All-Star Game and chosen in the All-NBA first team in 2015, to return to his native Spain.

Marc Gasol will leave the NBA and return to Spain

However, so far it is unknown what the future of the pivot will be in his country of origin, and obviously that the first team mentioned is Barcelona, ​​where his brother Pau Gasol is today, and that he has his rights in the ACB League. by including it in the right of first refusal in 2008, when it arrived in the United States.
For its part, the Catalan newspaper L’Esportiu assured that finally Marc Gasol will make a stop at Basketball Girona, a team that plays in the second division of Spanish basketball, and where he is its founder, in 2014, and its current president; there, surely, his career would end.
But there is a possibility that he will not reach an agreement to acquire his contract, and finally must play the next season, the last one with a guaranteed contract, in the Grizzlies, where he had his best seasons in the competition. The definition of the case will be a matter of days. (BOLAVIP)