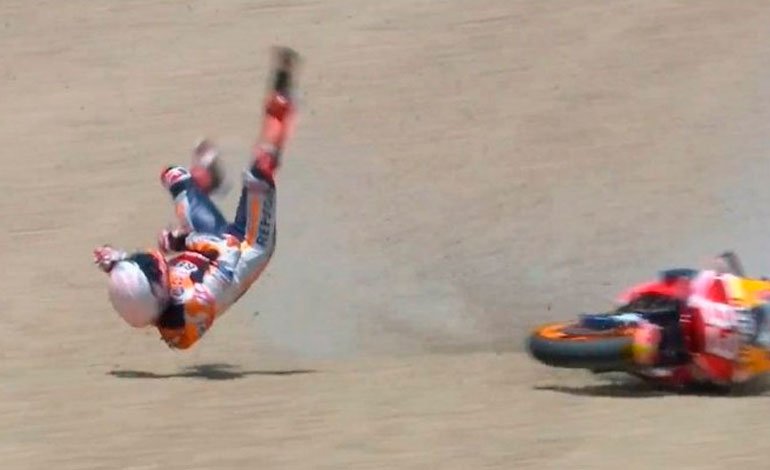 The six-time Spanish MotoGP world champion, Marc Márquez, suffered a fracture of his right humerus after a spectacular fall in the Spanish Grand Prix, held at the Jerez circuit, his Honda team reported.

Márquez “has suffered a transverse diaphyseal fracture in the right humerus,” his team reported in a statement.

The pilot will be transferred on Monday to a hospital in Barcelona to be operated on on Tuesday, the same source said.

“A thoracic or head trauma is ruled out, but Marc will remain under observation for the next 12 hours,” Honda said in a statement, specifying that he will give more information after the pilot’s operation.

Márquez fell in the final laps of the race when he was fighting for second place with his compatriot Maverick Viñales (Yamaha).

The Spanish GP was the first round of the 2020 MotoGP World Championship, which was won this Sunday by Frenchman Fabio Quartararo.

Next Sunday the Andalusian GP will take place at this Jerez circuit, the second race of the World Championship, in which Márquez will not be present. AFP (HN)