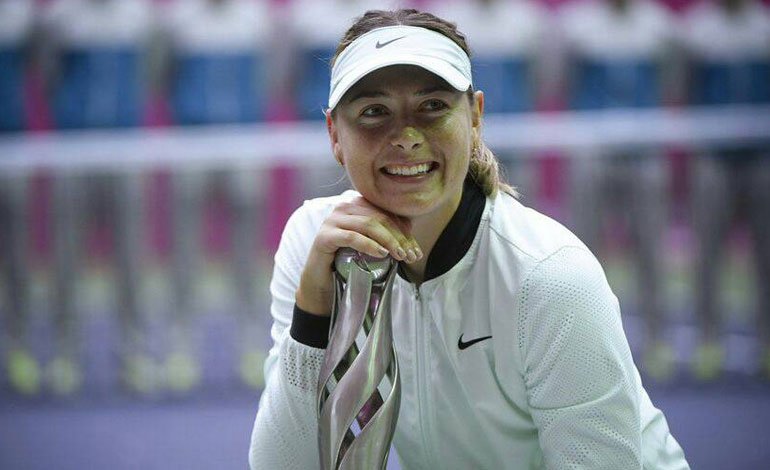 Former Russian tennis player Maria Sharapova, 33, announced on social media that she is marrying Alexander Gilkes, a wealthy British art dealer who was a schoolmate of Prince William.
“I said yes from the first day we met. This was our little secret, wasn’t it @gilkesa? ”Sharapova wrote on her Instagram account with a black and white photograph that shows her with the 41-year-old businessman, with whom she said she has been in a relationship for three years .
For his part, Gilkes also wrote on Instagram to thank the winner of five tennis Grand Slam for agreeing to marry him. “Thank you for making me a very, very happy boy. I hope a lifetime loving you and learning from you, ”said the millionaire who divorced his first wife, Misha Nonoo, in 2016, a stylist who is one of the best friends of Meghan Markle, Prince Harry’s wife.
The couple’s announcement was quickly celebrated with many messages from friends, including actress Lily Collins, film director Sam Taylor-Johnson, and businessman Edoardo Mapelli Mozzi, who is married to Princess Beatrice of York. “I love you both and I am very happy for you. I knew it from day one, too, ”wrote Danish supermodel Helena Christensen.
Maria Sharapova, former number 1 in the ranking of the Women’s Tennis Association (WTA), decided to “hang up the racket” in February, when the COVID-19 pandemic broke out, and since then she has been based in California, United States.
When the Siberian star announced that he was retiring from tennis, Alexander quickly declared his support, also on Instagram. “To the kindest and most professional person I know. Here is for you, Maria, everything that awaits you in your next chapter. Continue to inspire us all with your deep humility, strength, and focus. As a remarkable first chapter closes with so many extraordinary feats, we look forward to all that you will accomplish with equal courage and grace for years to come. Proudly and lovingly, xx, “wrote the tycoon, who is a co-founder of online auction house” Paddle 8 “.
Sharapova had previous romances with Slovenian NBA player Sasha Vujacic and Bulgarian tennis player Grigor Dimitrov. (GG) (Infobae)

You can also read:  Naomi Osaka, an atypical miscegenation in Japan that attracts brands