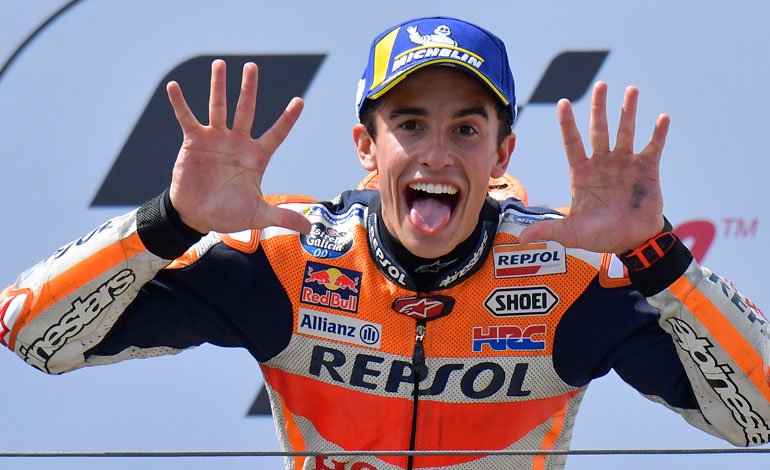 The Spanish Marc Márquez (Honda), five times MotoGP world champion and leader of the championship, achieved pole position in the Grand Prix of the Czech Republic, after setting the best time in qualifying at the Brno circuit.

The Spanish champion will start from the first position for the sixth time since the season began, in which he has five victories.

French rookie Fabio Quartararo (Yamaha-SRT), who had been the fastest in free practice, set the tenth fastest time, 3,895 behind Márquez.

You can also read:  Rossi: "In Argentina I have a lot of fans"

Q2 was played in difficult weather conditions, with a shower that started at the end of the session, on a track that already had several wet parts.

Márquez leads the World Championship after 9 races out of 19, with a 58-point advantage over Italian Andrea Dovizioso, who won last year in Brno, and fourth this Saturday in Q2.

You can also read:  Bottas, the fastest in Abu Dhabi