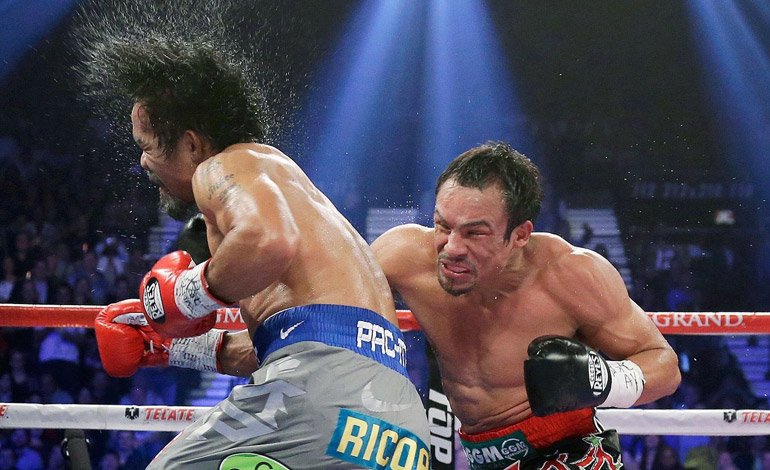 The entry of legendary former world champions like Mexico’s Juan Manuel Márquez and Americans Bernard Hopkins and ‘Sugar’ Shane Mosley into the International Boxing Hall of Fame will be delayed to 2021 due to the COVID-19 pandemic.

The Class of 2020 was scheduled to enter the ceremonies scheduled between June 11 and 14 at the Hall’s facilities in Canastota (New York), which have been temporarily closed to avoid contagion of the new coronavirus.

Now, the group of chosen to enter in 2020 will do so in a joint ceremony with that of 2021 that will be held between June 10 and 13 of next year, as announced by the International Boxing Hall of Fame on its website.

You can also read:  Women's boxing will have more presence in Tokyo-2020

“By honoring the two classes in a single weekend, the Hall of Fame will be able to put all the winning combinations together for the chosen ones, the fans and the entire sport of boxing,” said the institution’s executive director, Edward Brophy.

Figures chosen for the 2021 class will be announced in December.

Juan Manuel Márquez (56-7-1, 40 KO), whose last fight was in 2014, won world titles at featherweight, junior lightweight, lightweight and junior welterweight categories. Yet it was his unforgettable four-fight saga with Filipino Manny Pacquiao that most boxing fans will remember him for.

For his part, Hopkins (55-8-2, 32 KOs) had a 28-year career in which he won the world middleweight title, achieved a division record of 20 consecutive title defenses and also won the world light heavyweight title. before retiring in late 2016.

You can also read:  «Escorpión» Ruiz is already in San Pedro Sula for his fourth defense