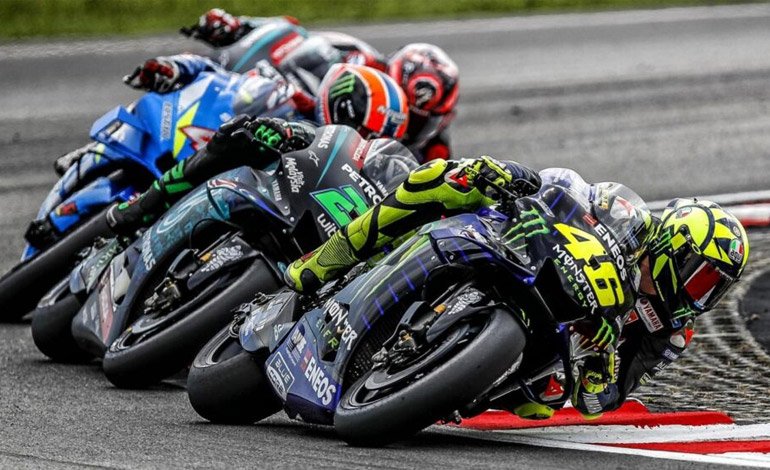 Riders of the stature of the current champion, Marc Márquez, Valentino Rossi, Maverick Viñales, Fabio Quartararo or Àlex Rins will soon return to action, with the MotoGP World Championship and the rest of the sports paralyzed by the coronavirus pandemic, through a virtual race in line with the official video game of the championship scheduled for Sunday, March 29.

“For most, MotoGP is more than a sport, it is a passion, and that can make a long break from racing difficult for any fan. But with the current global coronavirus outbreak, the challenges many face right now far outweigh those of simply missing out on sports or entertainment. And that is why MotoGP is putting everything within the reach of fans to try to add a little sunshine to a difficult daily life, starting, but not ending, with a Virtual Race “, explain the organizers of the World Championship.

You can also read:  Márquez breaks the record of the circuit in the free practice of the GP of Qatar

Thus, they explain that soon! Some of the biggest names in the sport, from Valentino Rossi (Movistar Yamaha MotoGP) and his teammate Maverick Viñales to Fabio Quartararo (Petronas Yamaha SRT), Alex Rins (Team Suzuki Ecstar) and the current champion , Marc Márquez (Repsol Honda Team), “will be back in action, but this time online playing the official MotoGP video game from the developer ‘Milestone'”.

The track for this virtual race will be the Italian Mugello circuit, with six laps around the digital version of the track. Before that, there will be a five-minute qualifying session that will be decided by the grid. Everything will be broadcast at 15:00 CET (17:00 GMT) on Sunday, March 29 on motogp.com, esport.motogp.com and some television stations, as well as through social media platforms such as YouTube (via the MotoGP and MotoGP eSport channels), MotoGP ™ eSport Twitter, Instagram, and Facebook.

In addition, motogp.com makes all content on the web from being paid to free while the World Cup is interrupted. EFE