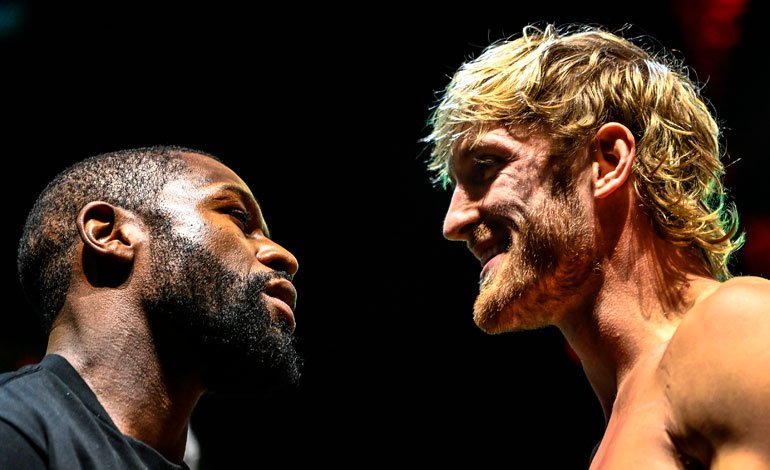 Boxing, with no shortage of charismatic champions, has little to gain from Sunday’s exhibition bout between youtuber Logan Paul and former ring star Floyd Mayweather, who puts his gloves back on to “entertain and win money”.

The fight will be held at the Hard Rock Stadium in Miami, Florida, and its promoters expect pay-per-view sales (priced at $ 49.99) to reach two million.

That fight, in which Mayweather reached a record of 50 wins (27 knockouts) without losses, triggered the current trend for boxers to seek opponents outside of their sport.

Also ‘youtuber’ Jake Paul, Logan’s younger brother, said that 1.3 million views had been sold for his fight in April against MMA fighter Ben Askren, a figure that could be surpassed on Sunday by the stature of Mayweather and the greatest popularity in social networks of its rival (23 million subscribers on YouTube).

At 44, the ‘Money’ is riding a wave of comebacks that last November brought former heavyweight world champion Mike Tyson, 54, back into the ring against fellow fifty-year-old Roy Jones Jr.

You can also read:  Ibeth Zamora, a champion who fights against gender violence in Mexico

That same night, Jake Paul knocked out former NBA player Nate Robinson in an evening that grossed more than $ 80 million in television sales.

After Mayweather, the next legend to step into the ring is the 48-year-old Mexican-American Oscar de la Hoya.

In Miami, Mayweather will not face an active or retired fighter but an Internet celebrity with only two bouts on his account, giving wings to those who criticize him for tarnishing his career and discrediting boxing.

“Everyone has the right to their own opinion,” replied the American. I live for Floyd Mayweather and I choose what I want to do. If I want to go out and have fun and earn 50, 60, 70 or 100 million dollars, let me do it. “

I’m not going to bother anyone. I don’t go out to steal or kill. I do what I want, “Mayweather told AFP on Thursday. “I have retired, but I have not retired from having fun and making money.”

You can also read:  Pacquiao trains while acting as a deputy

Last month, Mayweather and Logan did their best to heat up their show during a photo shoot that turned into a widespread pseudo-battle in front of the media.

More and more promoters and boxers are ready for creative formulas to take advantage of the attention that Internet figures like the Paul brothers receive.

“We have always thought differently,” Leonard Ellerbe, CEO of Mayweather Promotions, told AFP. “Floyd has beaten more world champions than anyone, but the most die-hard fans will never give him the credit he deserves.”

According to the rules of the fight, there will be no official judges and none of the fighters will be declared the winner even if they manage to knock out the opponent during the eight rounds of three minutes each.

“This fight doesn’t make any more sense than making money, it’s stupid,” said Mexican boxing star Saúl ‘Canelo’ Álvarez, whose only loss in his career was to Mayweather. “They give licenses to people who are not boxers. This is not football, these guys can kill themselves.

You can also read:  Beristáin predicts a tough fight against "Naughty" Arce

Before the fight, Logan Paul told AFP that he firmly believed in achieving what no fighter has ever achieved: beating ‘Money’.

“After this fight I don’t want anyone to tell me that something is impossible,” Paul said. “I’m representing the guy who was discarded, the guy who believed in himself so much that his relentless faith drove him to success. That’s me. I know I can beat him.

Paul, 26, first ventured into boxing in an amateur fight with British youtuber KSI in Manchester, England in 2018, which ended in a draw and generated $ 1.3 million in pay-per-view in all the world.

In 2019, both celebrities played a rematch in Los Angeles (California) that KSI won on points.

“If I win, it will be the biggest surprise in the history of combat sports. If Mayweather wins, no one will care. Well done, brother, you have won a ‘youtuber’, said Logan synthesizing his approach to the event. AFP (HN)