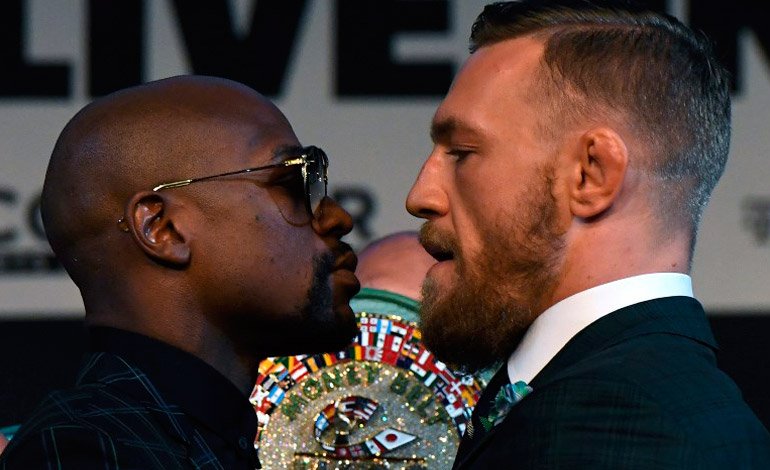 Floyd mayweather He decided to adopt a more conservative rhetoric in the last press conference with Conor McGregor, assuming that it will not be easy for either opponent to emerge triumphant on Saturday but that in the end both must “die as fighters” in the ring.

Far from the exchange of insults and out-of-the-box jokes that marked the international promotional tour, the fighters limited themselves to talking about their skills, and their chances of leaving the T-Mobile Arena with their hands up.

Conor (McGregor) says he has bombs in his fists. But remember something: Pacquiao brought bombs, Canelo and Mosley too. And here I am, undefeated and looking for the 50th victory of my career. I have proven to be the best in boxing and my jaw has been tested by different boxers, “said Mayweather (49-0).

You can also read:  "Cadejo" Durán ready to get the "poison" out of Domínguez

«We can say a lot of things before the fight. Keep attacking us before Saturday, but in the end it all comes down to our abilities. I am the best in the ring, Conor is the best in the octagon. I am undefeated in boxing and he has never been beaten fighting standing up. Here it is a question of defining who is the best of the two, “added the so-called ‘The Pretty Boy’.

There is nothing to invent in combat sports. I prepared myself to the full and I understand that he was too. Nobody can come to the ring to tell me that he is the king. I am the one who has led the sport in the last twenty years and Conor wants everything I have, “Mayweather said in statements to AFP.

You can also read:  VIDEO.- Controversial "knockout" puts boxing to shame again ... he didn't even touch it!

McGregor’s (21-3) verse was similar to previous appearances but a bit more measured, promising to continue his boxing career after “humiliating” Mayweather.

«I come to boxing to show that I can have an alternative career with MMA (mixed martial arts). I could be in both sports for a long time, winning titles and offering people the fights they want, “” The Notorious told AFP.

“The combat sports business is the same in any language. People want to see great matches and only I can give it to them. Floyd is already retired. He only came back to welcome me. I am the king of MMA and from Saturday I will also be the king of boxing. After beating Mayweather I could look for my next rival in boxing, “he added.

In a sarcastic way, the Irishman also referred to the fact that Floyd only agreed to fight in a ring, but that he would never do it in an octagon.

«I have fought in an octagon, now I will fight in a ring. We could fight on a half ring half octagon stage. I would like to see Floyd trying to match me, “said the ‘Notorious’.

On Friday both fighters must face the scale to report at 154 pounds, the agreed weight for their fight.