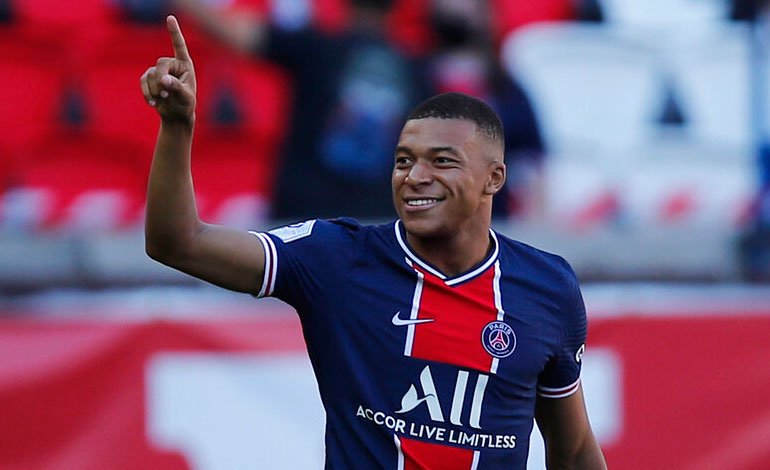 Kylian Mbappé, a French soccer star for Paris Saint-Germain (PSG), turned down an offer from Real Madrid when he was 14 years old because his parents wanted him to continue studying and living in France.

«They wanted me to start a career in France, to have a French education, because in training centers, in addition to football, you also do your studies. Going to Spain, even if Zidane was there, was another country, another culture,” Mbappé said, in an interview published on Thursday by L’Obs magazine.

Mbappé, who ended up opting for the Monaco academy, with whom he made his professional debut, spoke in this interview about his personal journey and everything related to football.

You can also read:  Referees Nicolás Gallo and Miguel Roldán, suspended by mistake in Uruguay-Paraguay

“I have learned one thing with the little experience I have: when they talk about you every day, it is not to say good things,” he said.

«I have no problem because they criticize me as a player; what affects me is when the person I am is attacked, “he lamented, when asked about the criticism he received last fall.

He also reviewed his childhood in Bondy, a city on the impoverished outskirts of Paris, and his relationship with his parents.

«The problem is that these most popular neighborhoods are only talked about because of what appears on television, the murder of a 15-year-old boy, drug trafficking. But I, who have grown up there, can say that many things are learned, the essence of respect is learned, “he judged.

You can also read:  Roberto Martínez will remain the Belgium coach

With a father of Cameroonian origin and an Algerian mother, Mbappé, 22, considers himself “100% French”.

“To say that one is black, Arab or white, is to put up a barrier, and in this new France there are no barriers, we are all together,” he stressed.

“My father was a sports educator in Bondy, my mother a high-level handball player who now works with me. I think it’s lucky to have parents who understand your desire to play sports, “he said.

He also recalled that when he was “a hyperactive child,” his parents enrolled him in a private Catholic school so that he would have “a calmer context.”«. EFE. (JL).

You can also read:  "Barcelona has over 20 million to sign players": Tebas