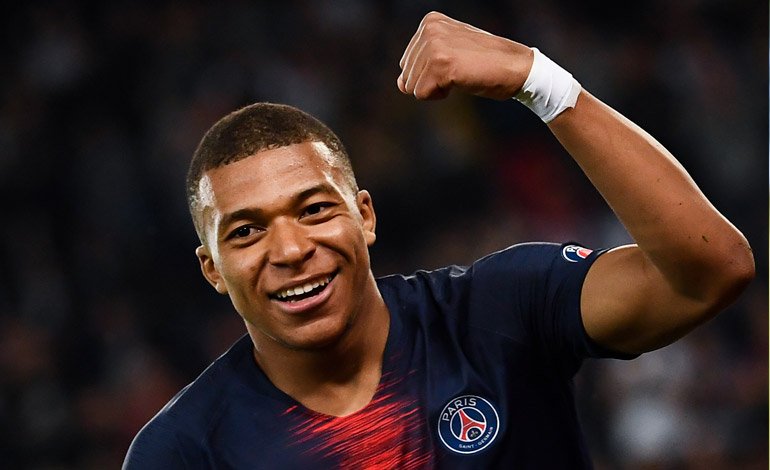 The French soccer player Kylian Mbappé explained this Monday in a videoconference conversation with the French astronaut Thomas Pesquet, currently on the International Space Station (ISS), that today’s soccer “leaves nothing to chance” and is based more and more in data analysis.

It was UEFA who organized a small colloquium between the two as a promotional act for Euro 2021, which begins this Friday with Turkey-Italy in Rome.

Their two respective careers, according to the player, have similarities: Behind the success “there is a lot of work, a lot of sacrifice and the luck of finding the right people at the right time.”

The Paris Saint-Germain (PSG) striker added that sometimes, even by working hard, the dreams that one pursues are not achieved and one must “talk more about those cases” because there are many people who have dedicated a lot of effort to it and who , “Unfortunately, they have not achieved their goal.”

You can also read:  «The most difficult remains», warns Luis Enrique

Pesquet asked him about the role of science and data in football and he replied that their role is “omnipresent”.

“Our work can be individualized based on our tests, our results, to see how much we can progress in a season. There’s also nutrition and sleep tracking. Today’s football leaves nothing to chance,” he said.

Pesquet and Mbappé, currently concentrated in Enghien-les-Bains with his national team, talked for 20 minutes and both asked each other questions that aroused their curiosity: “What is it like to be in space?” the footballer asked the astronaut.

«Well, there are many sensations. At first, at launch, it’s like riding a roller coaster, but with 10,000 times more power. And then, suddenly, calm comes. You can float, fly, lift heavy objects… it’s a bit like you’re in a dream,” said Pesquet.

Mbappé did not get out of his amazement: “It’s crazy, it’s crazy,” he repeated several times when he saw him floating in the middle of the Columbus laboratory, the ISS work room, with a soccer ball that was also suspended in the air.

The footballer would not mind experiencing it: «I would love to go. (…) There are other things in life outside of football. It would be an incredible experience.”

When saying goodbye, Pesquet wished Mbappé luck in the European Championship, in which France will debut on Tuesday, June 15 against Germany, in Munich.

Before, however, they will play a friendly preparatory match this Tuesday against Bulgaria, at the Stade de France, in addition to the one they already played last week against Wales, which they won 3-0 and in which Mbappé opened the can for the «blues». EFE. (JL).

You can also read:  Spanish Federation had losses of €4.17 million in the year of the pandemic