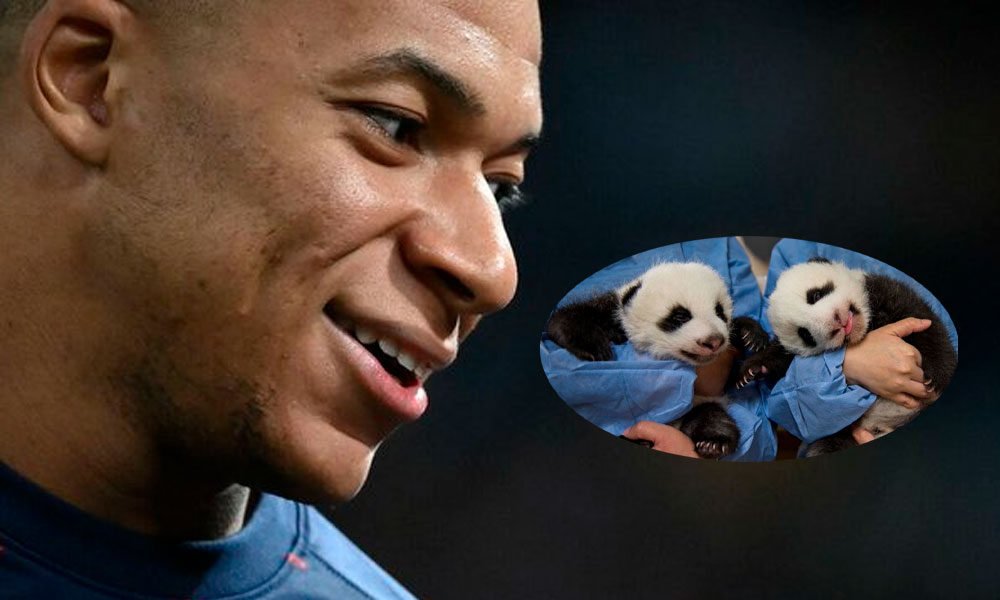 French footballer Kylian Mbappé and Chinese trampoline jumper Zhang Jiaqi will sponsor a couple of baby panda babies born in France in August, the director of the Beauval Zoo announced to AFP.

“Their commitment highlights the importance of protecting threatened species and biodiversity, especially among young people,” said Delphine Delord, for whom “it is an honor” to have both athletes.

The Olympic medalist in synchronized jump at the Tokyo Games and the PSG player will reveal the definitive name of these panda twins, during an official ceremony scheduled for November 18.

The first lady of China usually chooses the names. But on this occasion, the French public will be able, for the first time, to decide from a list of 10 names chosen by the Chinese Association of Zoos.

You can also read:  Messi to PSG, Pochettino asked for it

At the moment, the two females, who weigh more than 4 kilos, “have their eyes wide open” and “start to move”, according to the zoo, they are called “Little Snow” and “Cotton Flower”, names given by the personal.