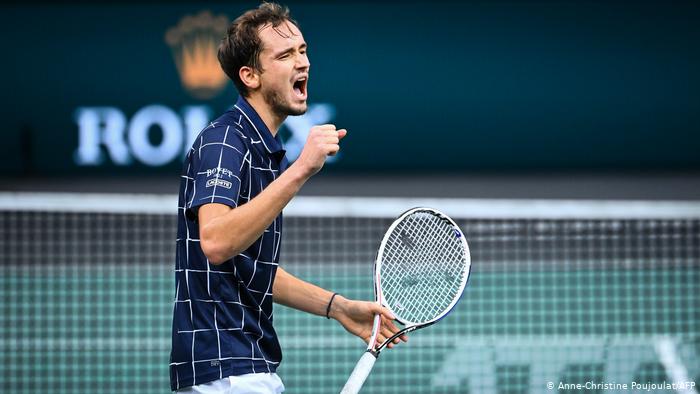 Dominic Thiem and Daniil Medvedev played a grand final of the ATP Finals in London. The Russian beat the Austrian 4-6, 7-6 (2), 6-4 and lifted his first ATP Finals title.

Daniil Medvedev got rid of Dominic Thiem 4-6, 7-6 (2), 6-4 and won his first ATP Finals title. ATP
During the first set, the Austrian gained a lot of advantage with the success in his second serve (100% against 73% of the Russian) and taking advantage of the only break chance he had in the fifth game.

Disney + has arrived in Latin America!

Disney, Pixar, Marvel, Star Wars, and National Geographic, all in one place. It is now available. Subscribe NOW.

You can also read:  Garbiñe Muguruza returns with victory against China's Duan

In the second set, both players were very firm with their serves. Medvedev hit eight aces while Thiem hit four. The development of the sleeve was very tight and ended with the victory of the Russian in the tiebreak.

In the final heat, Medvedev won 16 points receiving against only seven from Thiem, who had no chance to break at any point in the set. The Russian, who broke in a six-chance opportunity he had, was enough with just that break to take the advantage of his rival.

Daniil Medvedev became the second Russian after Nikolay Davydenko to win the ATP Finals. The former tennis player obtained it in 2009 after beating Juan Martín Del Potro in the final by 6-3 and 6-4. (GG) (ESPNDEPORTES.COM)

You can also read:  Catrachos tennis players get ready for Davis Cup