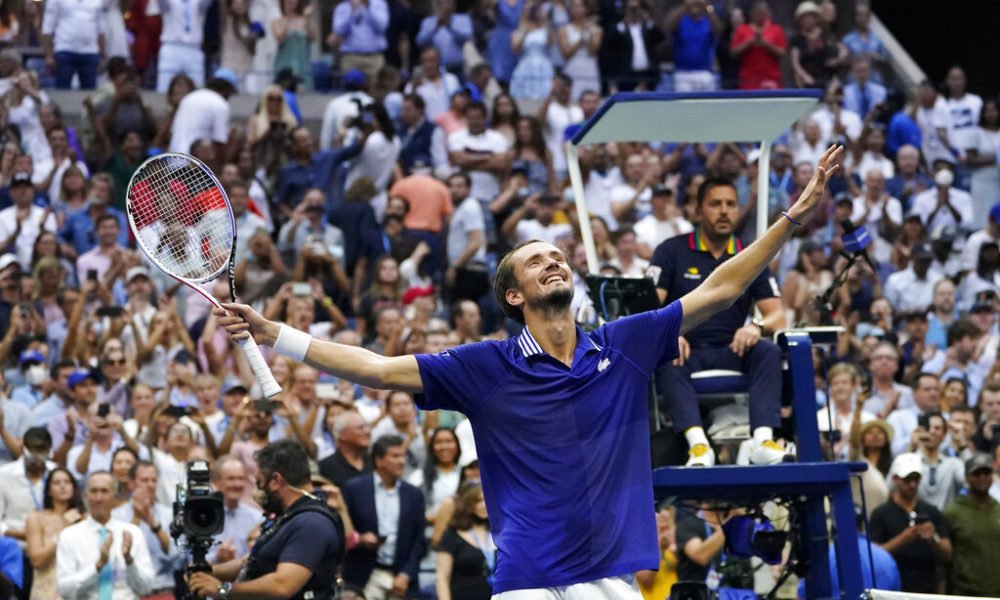 Serbian Novak Djokovic suffered a shocking defeat to Russian Daniil Medvedev on Sunday in the US Open final and fell one step away from completing the first men’s tennis Grand Slam in 52 years.
Medvedev, number two in the world, beat a frustrated and unrecognizable Djokovic 6-4, 6-4 and 6-4 on the center court of Flushing Meadows (New York).
The Serbian was left with triumphs in three of the four major tournaments of the year and could not overcome Roger Federer and Rafa Nadal in the race for the most Grand Slam titles, all tied at 20. (AFP)