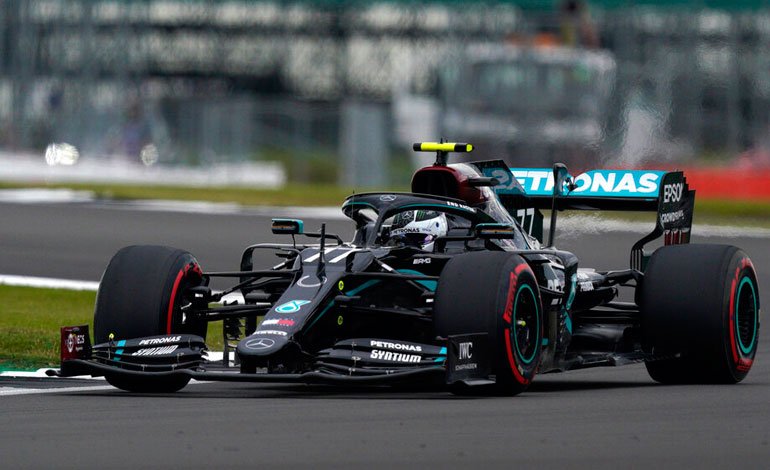 Lewis Hamilton was the fastest in the second practice session for the Formula One 70th Anniversary Grand Prix at Silverstone on Friday on a day once again dominated by Mercedes.

The defending champion beat teammate Valtteri Bottas by .176 seconds in the afternoon session and was .815 seconds faster than the best of other teams’ cars — Daniel Ricciardo in third place for Renault.

Sebastian Vettel brought his Ferrari to a stop at the Copse corner after it began to release fluid with five minutes remaining. It appeared to have caused crankcase damage while driving over curbs. At the moment, Vettel was in 14th place – a sign of the difficulties he faces this season.

You can also read:  Alonso achieves his first pole with Ferrari

Bottas posted a lap of one minute and 26.166 seconds, beating Hamilton’s fastest time by .138 seconds. Verstappen was the third fastest driver on his Red Bull, stopping the clock at 1: 26.893.

Ferrari again seemed unable to keep up with the pace imposed by Mercedes in a test in which Charles Leclerc was fifth fastest and Vettel seventh. Mercedes has conquered every race that has been contested this year.

The race marks the 70th anniversary of the start of the F1 championship. The first race of the 1950 season was held at Silverstone. It is the second GP in Great Britain after the calendar was modified in the face of the coronavirus pandemic.

Like Austria, Silverstone is the scene of two consecutive weekends in the F1 championship, which is all about completing with as many races as possible after delaying the start of the campaign due to the spread of COVID-19. AP (HN)