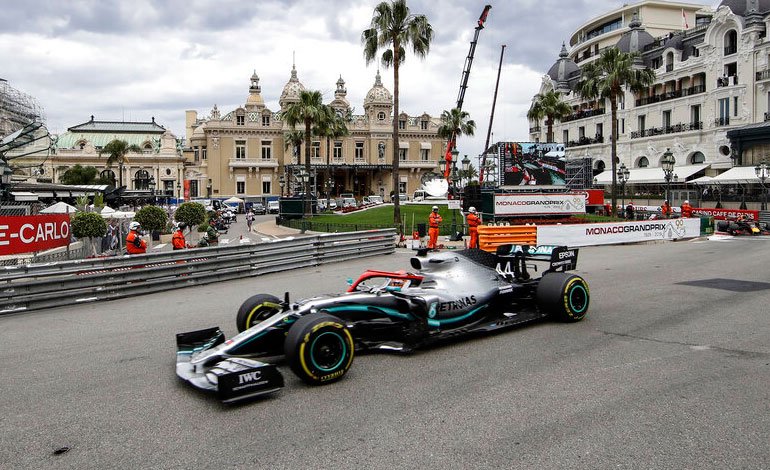 Mercedes will use black cars in the 2020 formula one season and will seek to diversify its workforce as part of its commitment to fighting racism, the team announced Monday.

Six-time world champion Lewis Hamilton and his teammate Valtteri Bottas will also wear black uniforms during the season that kicks off in Austria on Sunday after a long hiatus from the coronavirus pandemic.

“The Black Lives Matter movement has illustrated how necessary measures are to combat racism and all forms of discrimination,” said Mercedes, announcing the color change from silver to black.

Hamilton, the only black champion F1 has ever owned, has spoken widely about racism since George Floyd’s death in Minneapolis at the hands of the police. He plans to create a group that strives to increase diversity in motorsports.

“It is important to seize the moment and educate ourselves, and that as individuals, brands or companies we promote important changes to ensure equality and inclusion,” Hamilton said in Monday’s announcement.

Hamilton said he had spoken with Mercedes’ main shareholder Toto Wolff about the need to act together.

“I have personally experienced racism in my life and have seen my family and friends’ experiences with racism. I heartily ask for a change, ”said the pilot.

Mercedes said Monday that only 3% of her staff identify as minority groups and that only 12% are women.

“We are not going to try to hide our weakness in this area or the progress we need to make,” Wolff said. “We aim to recruit the greatest talents from the most diverse backgrounds possible.”

The season will get underway with the Austrian Grand Prix, the first of two races in a row scheduled at the Red Bull Ring in Spielberg, on July 5 and 12. AP (HN)