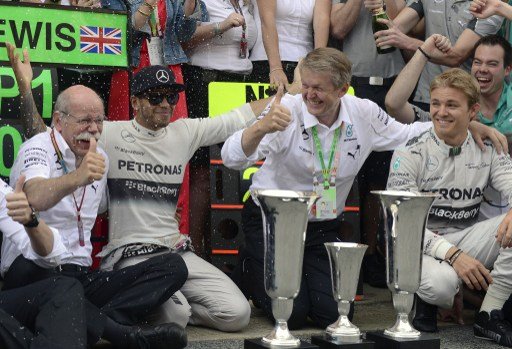 The dominance of the Mercedes team, which has won all five races of the Formula One season with two doubles between Britain’s Lewis Hamilton and Germany’s Nico Rosberg in the last four, will be put to the test this weekend in the Grand Prix of Monaco. The Monegasque circuit, characterized by its difficulty in overtaking, at the same time as its high probability of incidents and exits of the safety car, will suppose a new test to know if the dominance of the two German silver bullets can be avoidable or if it will continue being the keynote of the season.
Hamilton arrives in Monte Carlo as the leader of the drivers’ standings with 100 points, three ahead of his teammate Rosberg, who took the lead in the Spanish Grand Prix, which was decided by just six tenths between them.
Montmeló’s race, in which several teams expected to see an improvement in their cars, only confirmed the Mercedes’ distance from the rest, allowing the Briton, winner in Monaco in 2008, to be optimistic.