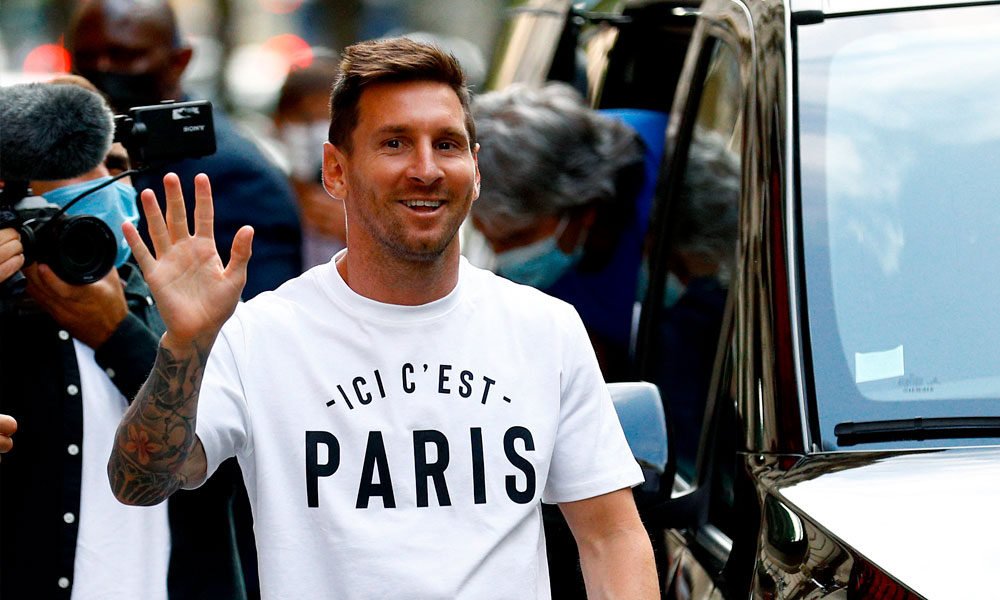 At 34, the Argentine striker for Paris Saint-Germain Lionel Messi stated in an interview published by the Barcelona sports newspaper Sport that he does not think about retiring after the 2022 World Cup in Qatar: “I live day by day.”

When asked about his future after that tournament and if his retirement can come, Messi pointed out that he does not think about it: “The truth is that I (I think). After what happened to me, I live day by day, year by year. I don’t know what will happen at the World Cup or after the World Cup. I don’t think about it. Whatever has to happen at that moment will happen.

«I am very excited to do great things (at the World Cup). We come from winning the Copa América after having searched for it for so long, from being so close for so long without being able to consecrate with the national team. After this, the illusion is great for what is to come, “he added.

«We are good today for today. We still need to be one of the great candidates. We are not because there are better teams. We are on the right track, the dynamics are good and the atmosphere is good. Winning helps a lot and this is going to make us grow even more », he spread about the Argentine team.

You can also read:  Milan enters the world of cryptocurrencies

After moving from FC Barcelona to PSG this year, Messi points out that his wish is to live in Barcelona and one day return to the Barça club.

When asked by the journalist: “Laporta commented that he thought he would say about playing for free, would he have done it if they had asked him?” Messi denied that he was being asked to play for free.

“The truth is that, as I explained on my way out, I did everything possible to stay. I was never at any time asked to play for free. I was asked to cut my salary by fifty percent and I did it without any problem. We were in a position to help the club more. The desire and desire of me and my family was to stay in Barcelona, ​​”said Messi.

You can also read:  Neymar, 10 injuries at PSG that put his way of life in doubt

“Nobody asked me to play for free but at the same time it seems to me that the words that the president said are out of place. They hurt me because I think there is no need to say that, it is like taking the ball off you and not assuming its consequences, or taking charge of things. This makes people think or generates a type of doubt that I think I do not deserve, “he added.

In the running for the Ballon d’Or, which will be awarded on November 30 at the Théâtre du Châtelet in Paris, the six-time winner of the trophy explained that he does not think about it: “If the Ballon d’Or arrives, it would be extraordinary because of what it would mean to win one. plus. The seventh would be crazy. If not, nothing happens, “concluded the Argentine. AFP (HN)