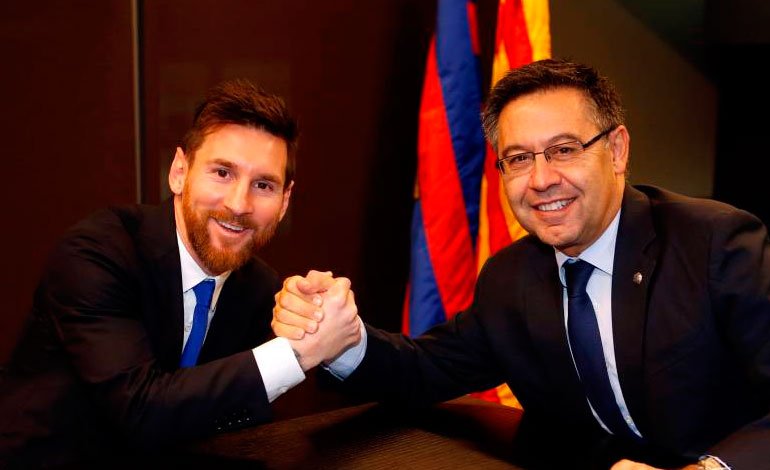 The president of Barcelona, ​​Josep Maria Bartomeu, affirmed that Barça captain Leo Messi “is the key to this new project”, begun under the baton of Ronald Koeman, and reiterated his confidence that the Argentine star will finish his career at the club.

“When I heard that Messi was angry because he wanted to leave the club, we tried to explain to him, his agents, his entourage… that Barça couldn’t let him leave because he is the best in the world and because we are starting a new project with Koeman. , with new players and Leo Messi is the key to this new project”, said Bartomeu.

“I understand that he is angry, but we need Messi, we need him at Barcelona,” insisted the Barça president, at a press conference, after the meeting of his board of directors.

“I hope that in the coming months, Messi will say that he is happy because he has stayed in Barcelona and is going to renew his contract (which ends in June 2021) and is going to finish his career at the club,” Bartomeu said.

“I have always said it and Leo Messi has said it many times that his wish is to retire here, I think it is the best option, the best decision and I think it is good for everyone, also for Leo Messi,” he insisted.

“With the team that exists, with the coach, with the new players, a very good project is being built, not only for the future but for the present,” he added, assuring that “the illusion, the desire are there and when the season ends, more than We are going to win a title.”

Regarding Messi’s exit threat, who showed his desire to leave Barça based on a clause that allowed him to decide on his future at the end of the season, Bartomeu stated that “June 10 was the deadline to end the contract Unilaterally, that date passed and at that time Messi is still a Barcelona player.

You can also read:  Iniesta extends his contract with the Japanese team Vissel Kobe for two years

Messi ended up backing down on his decision to avoid a legal dispute with the Barça club. AFP (hn).