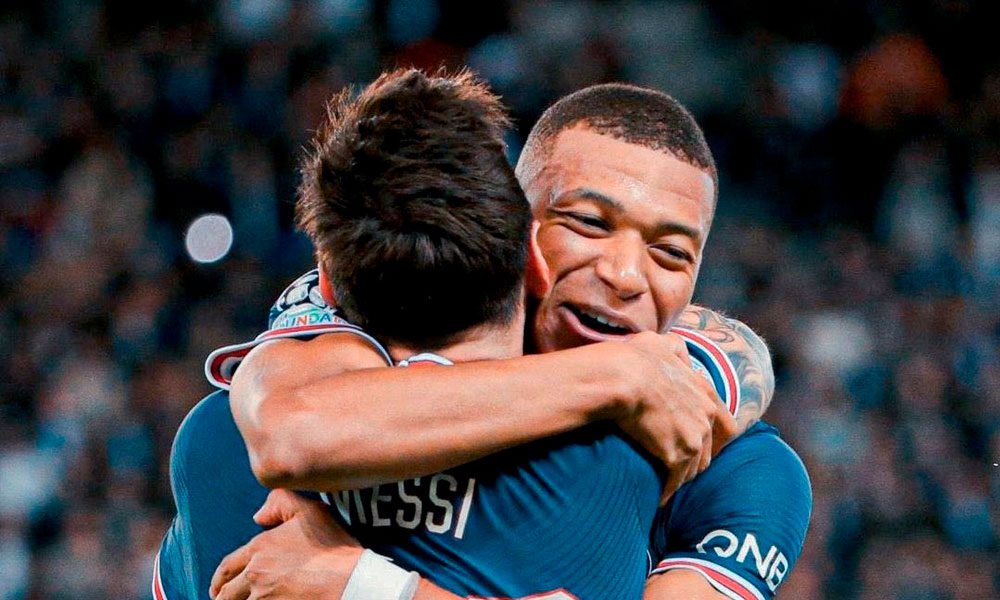 Argentine Leo Messi asserted that “it is easy to get along” with Kylian Mbappé, a teammate at Paris Saint-Germain (PSG), and revealed that the French striker “speaks perfectly Spanish.”

Messi, 34, gave his first big interview since his debut with PSG to the magazine France Football, organizer of the Ballon d’Or and which has just released the 30 candidates for the award that will be given at the end of November.

The relationship with Mbappé, the Copa América that he won with Argentina and the adaptation to Paris, his new city after two decades in Barcelona, ​​took up a good part of the interview.

“With a player like him (Mbappé), it’s easy to get along, he also speaks perfect Spanish, so we’ve also talked a lot off the pitch. That makes it easy. I have recently arrived and it is still premature to draw conclusions, but I am sure it will go well, “he said.

PSG number 30 confessed that he did not give Mbappé advice when he was close to signing for Real Madrid in the summer: “I had just arrived and I didn’t know him well enough to give him advice. A bit like everyone else, I was waiting to see what would happen. He stayed and for me it is a great happiness, “he said.

You can also read:  Montreal resigns to host the 2026 World Cup

The Argentine was questioned among the different of the trio that he formed in Barcelona, ​​with Neymar and Luis Suárez, and in which he participates now, also with Neymar, but with Mbappé, instead of Suárez.

«Age first, in the first trident we were younger (laughs). The young man today is Kylian (…) Luis is a pure 9, an area attacker, who scores many goals; Kylian loves to touch the ball, he is strong and tremendously fast, he kills you if you leave him the minimum space and he also scores a lot “, he analyzed.

Messi recalled that his departure from Barcelona was unexpected and unwanted at that time and thanked PSG because it was “the team that showed a real interest” in signing him.

You can also read:  Klaas-Jan Huntelaar decided to hang up the studs

“Today I am very happy to be here (…) It is a new life experience, a great change and I try, little by little, to adapt,” said the player, who said that he had not “made a mistake” for having come to Paris.

He recognized that the presence of Neymar and that of his compatriots Angel di María, Leandro Paredes and Mauricio Pochettino was crucial to sign for the Parisian entity, with whom he also shares a language.

Regarding the adaptation to the Parisian day-to-day life, he assumed a certain tiredness for continuing to live in a hotel, although in general he stressed that he is going “well.”

“We are still in the hotel and it is starting to get long. The boys (he has three children) have started school and it is not easy to make the round trip from the hotel. We are looking forward to moving into our new home and starting the new routine, “he said.

Of the Copa América that he lifted with the Argentine team this July in Brazil, the first title he won with the Albiceleste after losing numerous finals, he said it was like “removing a thorn from his foot.”

You can also read:  De Ligt, third positive for covid-19 of the week at Juventus

“I would have had a strange feeling inside me if I had finished my career without having won a title with my country (…) It was the title that I was missing,” he said.

Regarding the Champions League, which PSG has been looking forward to for a decade, Messi said that the team “has all the weapons” to win it, even if the degree of difficulty is high.

Of the Ballon d’Or, which the Argentine won more than anyone (6), he assured that this year he is not seen as a favorite and recalled that these individual awards are the result of collective work.

I’ve never focused on winning them. It has been the consequence of collective victories and a good job done. If the team plays well and has performance, the individualities shine too, “he concluded. EFE (HN)