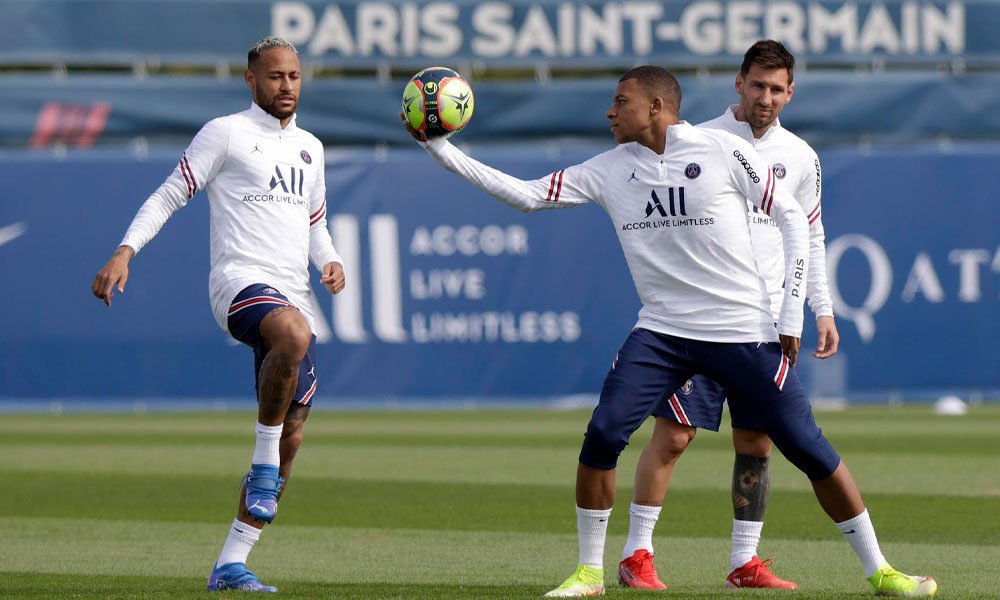 It is the trident in fashion, but it has not yet managed to become the war machine that could be expected from the association of the six-time Ballon d’Or winner Lionel Messi, the most expensive player of all time, Neymar, and one of the promises most coveted in current football, Kylian Mbappé.

The classic against Olympique de Marseille (0-0) showed that this dream hat-trick is still lacking, but also that the passing of the minutes is not improving the mix.

His quality and danger are undeniable and he has been seen in two key duels in the Champions League, against Manchester City and against Leipzig.

But there is still no chemistry, the game is not impressive and, above all, they have not found the solution to the puzzle.

The trainer, Mauricio Pochettino, does not hit the key and in Marseille he opted to associate them with Ángel di María, the fourth rider, for the second time so far this season, without the formula being more successful than in the first.

You can also read:  Neuer breaks record of matches without conceding a goal in the Bundesliga

The entrance of the former Real Madrid player allowed, on paper, to better place the pieces. But the result was not conclusive.

Neymar, in a centered position, as he likes, with freedom of movement, was the main symptom of the drought. The Brazilian is apathetic, not very participative in the game, without the danger that he brought in past seasons.

NEYMAR DOES NOT START

The most expensive player of all time -222 million euros paid to Barcelona by PSG in 2017- is beginning to worry, because his performance is far from what he was used to in the Parisian stands.

A single goal so far this season testifies that this Neymar has not started with the dynamite of other seasons.

You can also read:  City to erect statues of Silva, Agüero and Kompany at the Etihad

His smile, between ironic and resigned, when he was substituted, testifies that Ney is not feeling comfortable and that is why the team suffers.

His positioning in the axis of the attack forced Pochettino to place Messi in a band, where his performance also suffered.

The Argentine, the top favorite to win the Ballon d’Or, is officially still in a period of adaptation to his new club, the first he has met after a lifetime at Barcelona.

At 34, Messi does not have the career of a winger, which left the band very deserted and exposed too much to Hakimi, who ended up being expelled.

With one less at PSG, the Argentine returned to his natural position, but his team by then no longer dominated the match and Marseille barely left him spaces.

Mbappé is the one who seems to be going through a better moment of form, to the point that the weight of the team has been resting on the Frenchman’s back in recent weeks.

You can also read:  Atlético survives in the Champions League

Against Leipzig, although Messi was the author of the goals, Mbappé reactivated his team and became the man of the match.

With his future in the team uncertain, the young French footballer seems determined to conquer the stands to make them forget that, for now at least, he does not want to renew his contract.

He has already achieved six goals in the league and one in Europe and is, without a doubt, PSG’s most decisive player so far this season.

It is also true that he is the player who has changed his demarcation the least. He is still the ‘9’ of a team that, in a good part of the games, looks for solidity at the back and find spaces in the attack. EFE (HN)