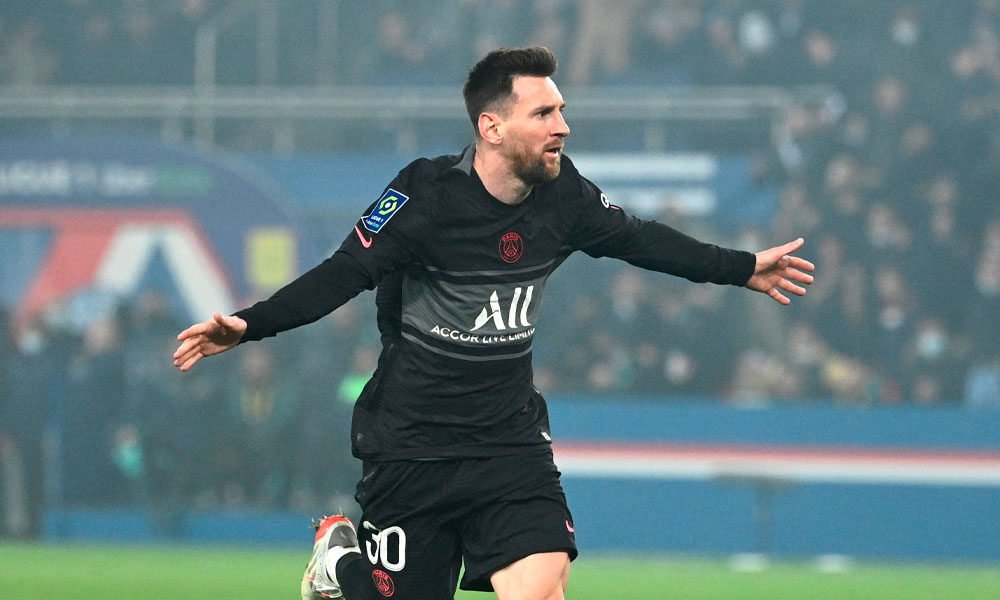 Leo Messi sentenced the hasty triumph of Paris Saint Germain against Nantes (3-1) in his debut as a scorer in Ligue 1 and Mauricio Pochettino’s team increased their advantage at the top of the table.

Kylian Mbappe, an own goal by Dennis Appiah and the Argentine’s goal led to PSG’s twelfth victory in fourteen games in the French league, despite playing the last half hour with one less man due to the expulsion of Costa Rican goalkeeper Keylor Navas.

Messi signed his first goal in Ligue 1. He has already accumulated four with the Paris Saint Germain shirt, the Argentine, who had only managed to see the door in the Champions League. He scored two goals against Leipzig and one against Manchester City. He had not managed to score so far in the league competition.

You can also read:  Piqué keeps Barça alive in the Champions League

Pochettino, who left Sergio Ramos out of the squad despite having several training sessions with the group, placed the magic shortlist made up of Messi, Mbappe and Neymar from the start.

The game was put in the face of the leader, who took advantage two minutes later when Mbappe deflected a long shot from Argentine Leandro Paredes towards the net.

The Parisian team dominated but did not finish sentencing. The game was complicated at game time when Keylor Navas rolled Ludovic Blas out of the area when he was facing the goal and was sent off.

Spanish goalkeeper Sergio Rico jumped onto the field, replacing Neymar. And a quarter of an hour later, Randal Kolo Muani equalized with a high heel that surprised Rico.

You can also read:  A World Cup every two years will make football "global": Infantino

Despite playing with ten and with the match even, Paris Saint Germain reacted and won a prize. Messi appeared. His rapport with Mbappe paid off.

The Argentine looked for the French with a pass that was intercepted by Dennis Appiah. The ball flew towards the visitor’s goal and reached the net after beating goalkeeper Alban Lafont.

Five minutes later, in 87, Messi sentenced the scoreboard. He received the ball from Mbappe, made a space from the front and executed an impossible shot for the visiting goal. The goal sentenced the game. EFE