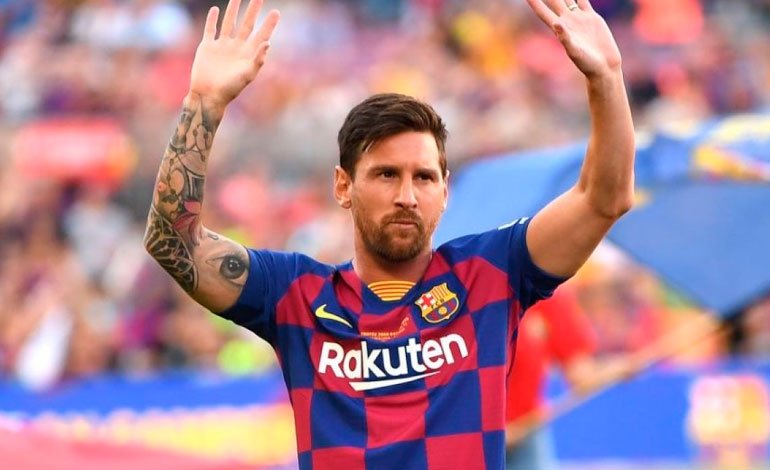 It will be very difficult for everyone in the future to find a player with the ability to be the best of all for as long as Lionel Messi did. The Argentine has been in the elite of world football for a long time, and it is hard for us to imagine a life without him.

One of the tables that mark the level of footballers is that of the price. From 2008 onwards, the Flea was always the most expensive footballer in Barcelona. So much so that, until last year, he had never made the decision to go elsewhere and now he seems to be far from doing so again.

You can also read:  Kaio Jorge is already in Turin to formalize his signing for Juventus

Messi stopped being the most expensive of Barcelona

It is clear that time is passing and that Lionel is not the same as the one who won his first Ballon d’Or, today there are great promises and enormous footballers who live a great present, even in a discreet Barça like the current one. The news is that for the first time in the last 14 years, a player surpassed Messi as the most valued of his club.

Transfermarkt, a portal specialized in statistics and numbers related to football, published the values ​​of each player and there is one that exceeds it: Frenkie de Jong, who is listed at 90 million euros. Leo, meanwhile, costs 80 and is second.

You can also read:  Emerson Royal: «Coming to Barcelona has given me happiness»

The last one who was worth more than Leo

In the 2006/07 season, a 19-year-old Messi in a squad full of stars was far from being the highest listed. At that time, Ronaldinho headed that list with a value of 70 million, while Samuel Eto’o followed with 38.

The season in which Messi was worth more

After staying for 5 years at a value of 120 million, the Flea jumped and reached the figure of 180 million euros. That was after the 2017/18 season, where the club won LaLiga and the Copa del Rey, while being eliminated by Roma in the Champions League quarter-finals. (GG) (Bolavip)

You can also read:  Paraguay beats the bottom Venezuela