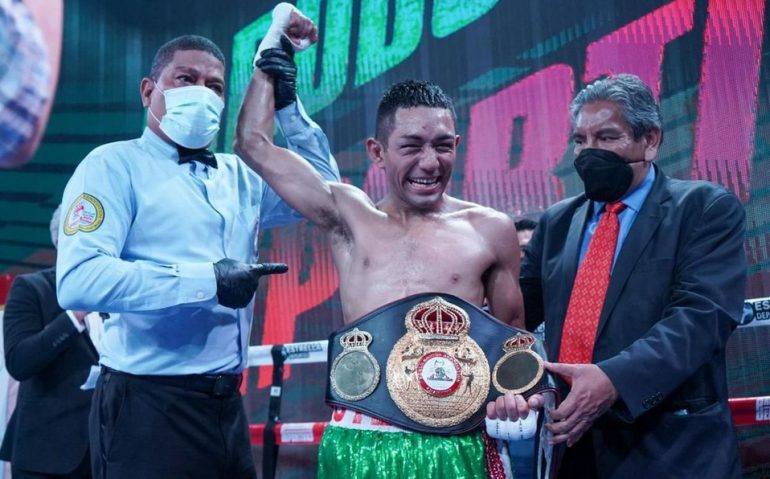 Mexican Esteban Bermúdez became the World Boxing Association light flyweight champion on Friday night by defeating Venezuelan Carlos Cañizales by technical knockout, in the sixth round of a fight held at the Vienna Forum south of Mexico City.

Bermúdez and Cañizales went out to exchange candles from the first chapter. The Venezuelan, who was making the third defense of his belt, looked forceful, while the Mexican looked threatening with his flies.

The Creole fighter neglected his guard by lowering his left hand too much and several devastating blows from the Aztec fighter entered there.

By the sixth round, Cañizales’ face was already bruised with a cut on one eyebrow. In that round Bermúdez achieved victory.

You can also read:  Puerto Rico defeated the United States in the World Series

Two minutes and 23 seconds into the sixth inning, Bermúdez powerfully impacted his left fist on the head of Cañizales, who went to the canvas.

The referee applied the protection account to the Venezuelan, who rejoined to try to continue in the contest, but the Mexican repeated the dose and knocked down his opponent again to consummate his victory.

In this way, the record of Bermúdez, the new 25-year-old champion, remained in 19 fights with a balance of 14 wins (10 by knockout), three defeats (one by knockout) and two draws.

For his part, Cañizales, three years older, lost undefeated in his career and put his record in 24 fights with 22 wins (17 by knockout), one loss (by knockout) and a draw. (AFP) (GG)

You can also read:  Tickets for Margarito-Pacquiao are listed for up to 8 thousand pesos