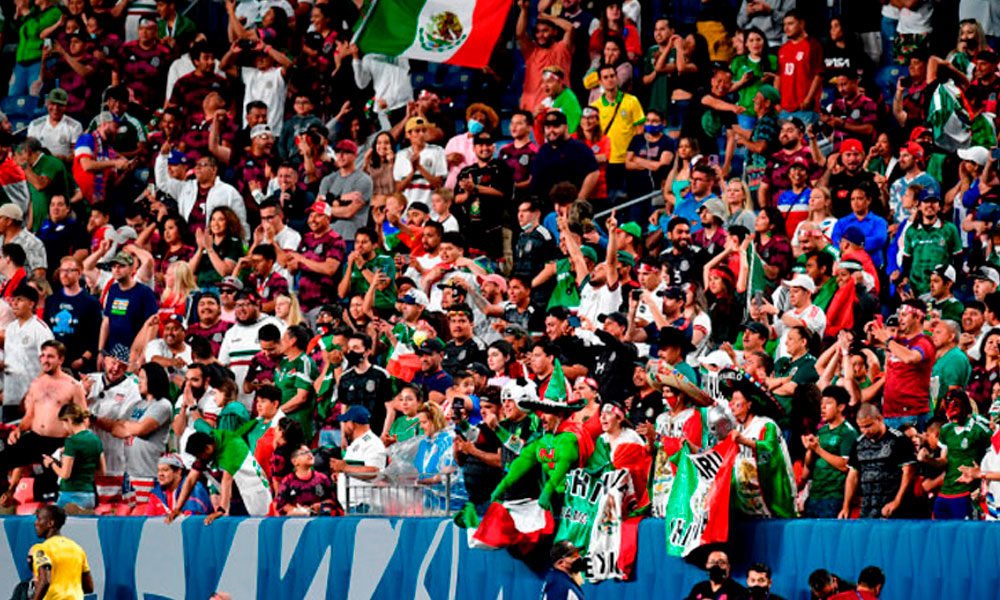 The Mexican Football Federation will appeal against the sanction imposed on its senior team by FIFA that forces it to play its next two official home matches without an audience in the stands, announced the president of the entity, Yon de Luisa.

The management, admitted the manager, can reach the Court of Arbitration for Sports (TAS) if the arguments of the Mexican Federation are not addressed.

“The (appeal) is being worked on. We cannot go into details yet because the final document from the (FIFA) Appeals Committee has not been sent, ”De Luida explained at a press conference.

FIFA notified the Mexican Federation at the beginning of November of the imposition of a fine of $ 108,860 and the additional sanction of two home matches behind closed doors for the shouts of fans who are considered homophobic.

These expressions were given during the 2022 World Cup qualifying matches that El Tri played last October at the Azteca stadium against the teams of Canada and Honduras.

“We will be working to avoid any act of discrimination in our stadiums. That is our strategy and we will do so. We are communicating to FIFA that it is easier to move forward with full stadiums, with our people, than with closed stadiums, ”said De Luisa.

The manager admitted that if FIFA does not lift its punishment to Mexico, it is likely that the Federation will take the case to the CAS.

If FIFA maintains its sanction on Mexico, the official matches without an audience in the Azteca stands would be played on January 30 against Costa Rica and on February 2 against Panama.

De Luisa anticipated that he intends to bring forthcoming qualifying matches of the Mexican team to other states of the country, to bring El Tri closer to the public.

“Within our original plan was to bring the national team closer to other stadiums in other venues, but now we must wait for what will be the final solution from FIFA or TAS to know how we are going to operate,” he said.

You can also read:  Juventus without Bonucci or Dybala against Porto

“We want to bring the team closer to other hobbies and not because of the shout, but because they deserve it,” said De Luisa. EFE (HN)