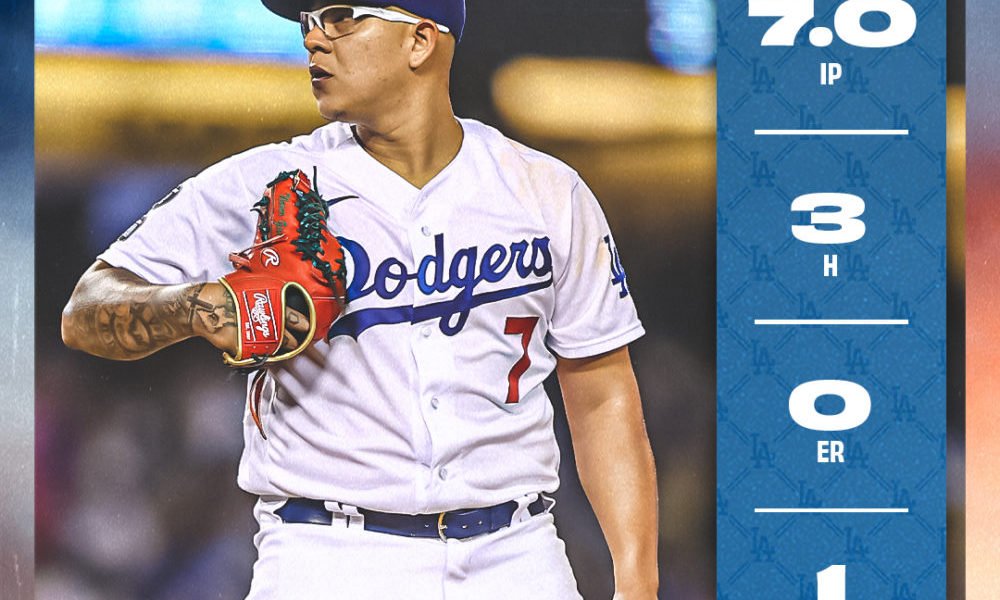 When it comes to the National League Cy Young Award, the two Dodgers pitchers who often appear are Walker Buehler and Max Scherzer.
Those two will certainly finish in the top five in the vote and one of them could ultimately be the winner.
Due to the success of Buehler and Scherzer, it’s easy to overlook the type of season Julio Urías is having. The Mexican southpaw may not win any awards, but he has taken the next step. He has been an invaluable asset to a Dodgers team that has the best pitching staff in the majors despite enduring a series of injuries. You can also read:  Venezuelan Flores wins the home run duel against Stanton in the victory of the Mets

But the bottom line is that when Urías pitches, the Dodgers generally win that game.
That was the case once again on Friday when Urías posted his major league-leading 17th win of the season after striking out seven in seven innings in the Dodgers’ 3-0 win over the Padres at Dodger Stadium.
Los Angeles is 22-6 when Urías begins this season, including seven straight wins. With the victory, the Dodgers stayed 2 1/2 games behind the Giants in the NL West run with 20 games remaining in the regular season. (LA Dodgers)

They win #Dodgers! Another victory for Uriah!