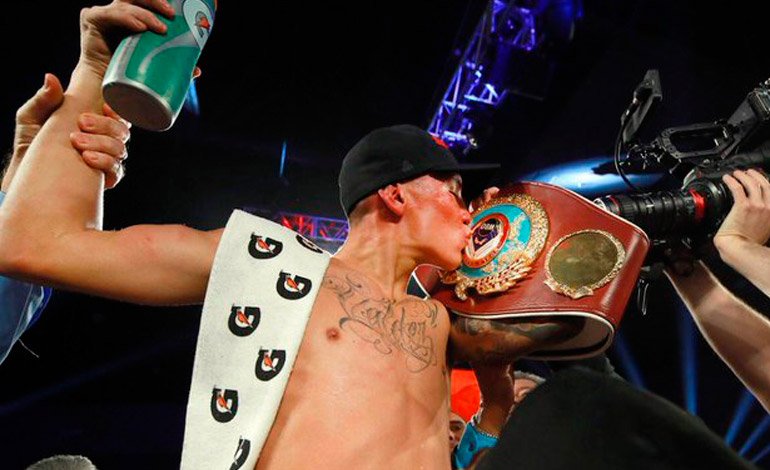 Mexican boxer Óscar Valdez retained his World Organization featherweight title Boxing (WBO) by beating by unanimous decision in 12 rounds the American Jason Sánchez, who fell to the canvas in the fifth.

Valdez, who made his sixth title defense, improved to 26-0 with 20 knockouts after controlling the fight with all kinds of punishment from both hands.

Sánchez (14-1 with seven knockouts) was resistant to punishment, but his courage was not enough.

You can also read:  Julio César Chávez: «The blows are not caresses, but I do it with pleasure»

In the fifth round, a hook from Valdez sent Sánchez to the canvas and the Mexican saw an opportunity to begin to dominate the actions in the ring with greater clarity.

Valdez, under the tutelage of Eddy Reynoso, best known for the development of Mexican middleweight champion Saúl “Canelo” Álvarez, is becoming a fighter to be reckoned with.

“I am happy for the victory and the fight I did, but there is always room for improvement,” Valdez declared at the end of the fight.

“In that sense, I may consider the possibility of upgrading,” he announced.

The 28-year-old native of Nogales, Mexico, said he had accomplished everything at featherweight and could now work with his team and doctors to consider moving up in weight.

You can also read:  Walter “Showtime” Luna has a tough fight in El Salvador

“It will be something that the whole team will study and in the end we will make the best decision for my professional future,” said Valdez. EFE