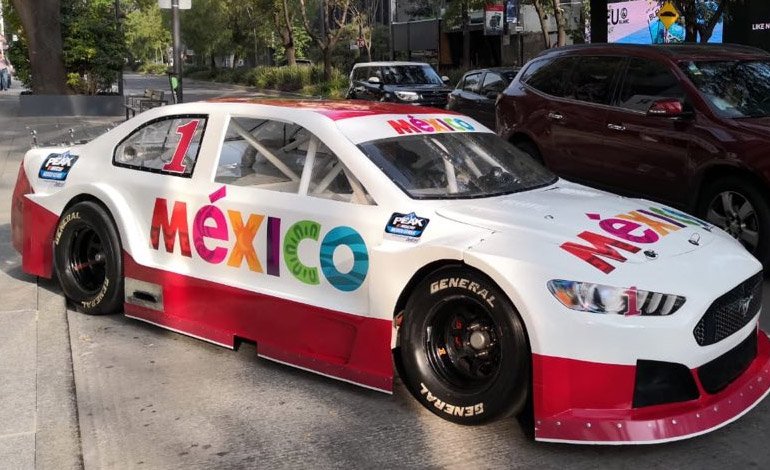 The Ministry of Tourism of Mexico announced that it will give impetus to local motorsports with the international projection of Mexico, through the Nascar Peak series, while analyzing the continuity of Formula 1 in the country.

“The Nascar Peak Series will promote Mexico as a brand in the destinations where the event takes place and will not generate any cost,” said the head of the Ministry of Tourism, Miguel Torruco, at a press conference in the country’s capital.

The Nascar series is the most important and popular automobile competition in the United States, while in Mexico it was adapted from 2004 until it had the official endorsement of the leading category in the American Union.

The intention of the Ministry of Tourism will be to bring the population closer to car races, in ovals, regardless of age and socioeconomic status.

You can also read:  They caught thieves who had stolen relics of Ayrton Senna

Torruco said that he will invite the Governors of the states that do not have the infrastructure to join businessmen and make investments in road courses “and the Nascar series will be in the best position to expand it in all corners of the country.”

After the presentation, Torruco answered some questions about the possible renewal of Mexico’s contract with F1, which expires this year and which must negotiate with the owner of the commercial rights of Formula One Group, Liberty Media.

“The headquarters is Mexico City and the Head of Government of the same, Claudia Sheinbaum is the one who is watching these issues and will be the one who at the time of knowing how the course of these negotiations is going,” said Torruco.

You can also read:  Webber, the fastest in trials of the English F1 GP

At the end of February, Mexico lost the preferential right to be part of the Formula 1 calendar in the 2020 World Motor Racing Championship after President Andrés Manuel López Obrador indicated that his Government would not invest in such events but offered him the possibility for entrepreneurs to hold the event.

Mexico signed a five-year contract to host the Grand Prix, from 2015 to 2019 and to continue organizing the race it had to extend the contract, but no longer support from the Government.

The official recalled that any event of international stature strengthens the image of the country, which is why he hopes that many businessmen and investors will join the sponsorship of the Formula 1 Mexican Grand Prix.

“We do not have the means to sponsor such events, that is part of the relocation of resources to other actions,” he pointed out.

You can also read:  Jonathan Rea (Kawasaki) sets the best time at the Jerez Circuit

According to Torruco, sporting events together represent between 15 and 20% of tourist activity in Mexico.

Finally, the official explained that the future of NFL football games in Mexico is not guaranteed to continue.

«It is paid this year, they will have all the facilities in case there are sponsors from anywhere in the world and they want it to continue. But it does not depend on our decision because we will not have resources for the next year, “he added.

The contract between Mexico and the NFL originally includes regular season games at the Azteca Stadium until 2021.

On November 18, the Kansas City Chiefs will face the Los Angeles Chargers at the Azteca Stadium in the Mexican capital. EFE