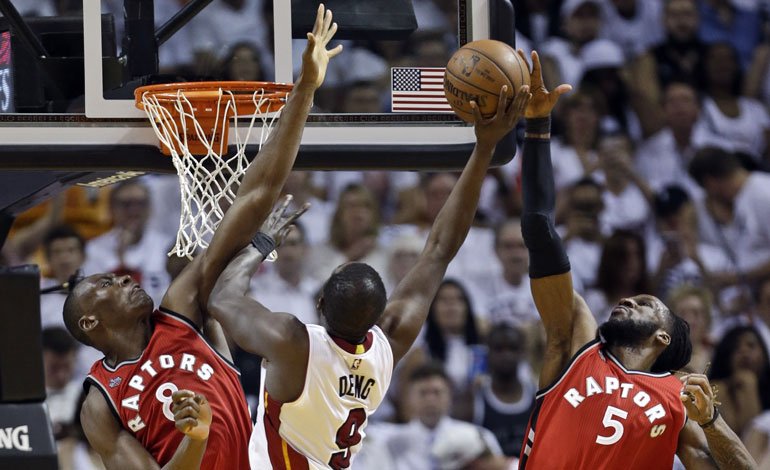 The Miami Heat’s small lineup responded in a big way. Goran Dragic set a career postseason high by scoring 30 points, Dwyane Wade added 22 and the Heat beat the Toronto Raptors 103-91 on Friday night to tie the Eastern Conference semifinal at 3-3.
Joe Johnson had 13 points, Justise Winslow added 12 and Josh McRoberts had 10 for the Heat.
Kyle Lowry had 36 points for Toronto, shooting 12-for-27. DeMar DeRozan added 23 for the Raptors, but his teammates combined to shoot 14-for-34 from the field, scoring 32 points.
The seventh and final game will be on Sunday in Toronto. The winner must visit Cleveland at the start of the East finals, starting Tuesday.
Neither team disclosed their starting lineup until warmups. The Heat had reason to keep it to themselves, turning to a group consisting of Dragic, Wade, Johnson, Luol Deng and Winslow.