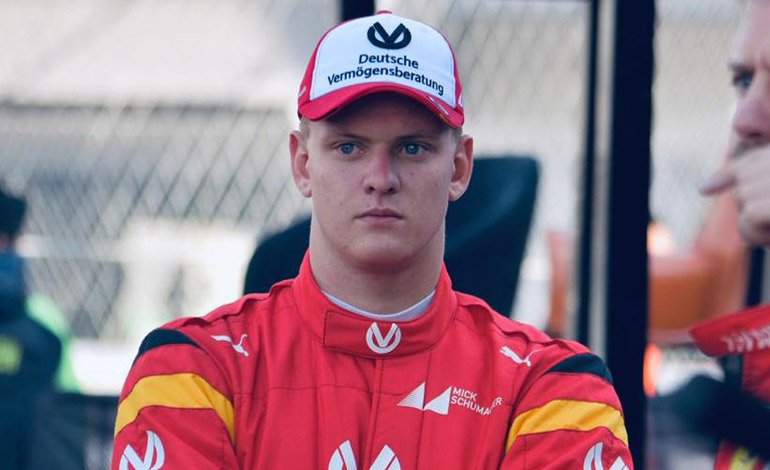 Michael Schumacher’s son Mick will make his first appearance at an official Formula One practice session next week at the Nürburgring, Alfa Romeo and Ferrari announced.

Schumacher will participate in tests at the wheel of an Alfa Romeo on October 9 at the racetrack in his native Germany as one of the young Ferrari drivers. He will drive in place of Antonio Giovinazzi during the first session of the weekend.

“It fills me with joy to receive this opportunity in a free trial,” Schumacher said in a statement. “I am going to prepare with everything, in order to do the best possible work for the team and to acquire valuable information for the weekend.”

You can also read:  Raikkonen cannot explain his lack of consistency

The 21-year-old Schumacher is the leader of the Formula 2 championship after victories at the Monza and Sochi races. He was established champion of Formula 3 in 2018 and put a Ferrari F1 car to the test in Bahrain in April 2019. He has also carried out exhibition tests with his father’s old cars, the most recent prior to the Tuscan Grand Prix. with the Ferrari that was champion in 2004.

Ferrari said two other drivers from its academy will participate in rehearsals.

Callum Ilott, a Briton running second behind Schumacher in F2, will drive a Haas at the Nürburgring on the same day as Schumacher. And Russian Robert Shwartzman will drive in practice for the Abu Dhabi Grand Prix on December 11, although Ferrari did not specify the team.

You can also read:  Vergne announces his departure from the Toro Rosso team

The German Grand Prix was added to the F1 calendar after the coronavirus pandemic brought the season to a standstill just before its start. Its official name is the Eifel Grand Prix for a mountain range that is nearby. The Nürburgring had not hosted F1 since 2013. AFP (HN)