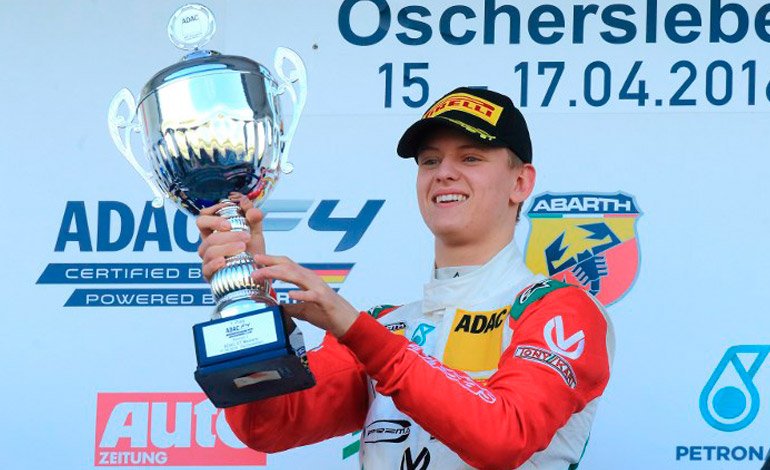 17-year-old Mick Schumacher, son of the seven-time Formula One world champion and Corinna Betsch, has won the third race at Oschersleben, which opened this weekend the German Formula 4 championship.
In front of 20,000 spectators, Schumacher Jr, driver of the Prema Powerteam, beat the Australian Joey Mawson (Van Amersfoort), who had won the first two races this weekend, and the Austrian Thomas Preining (Lechner Racing).
This is Mick Schumacher’s second victory in this Formula, since last year he also won the third race at this same circuit, then as part of the Amersfoort Racing team.
“The victory in the third race is a perfect ending to a not so perfect weekend,” commented the young German driver, who started from sixth in the starting formation. EFE
Schumacher will drive the German and Italian Formula 4 championships this year in the Prema Powerteam to gain experience and high mileage until, at a certain point in the season, he decides whether to continue in both races or focus on one. of them. EFE